MobiPicker
News Dual-screen Oukitel U6 goes on pre-order Internationally
Share on Facebook
Tweet on Twitter
Deal Alert: 49% Off on ExpressVPN
Touted as #1 VPN in the world, ExpressVPN is now offering 49% off & an additional 3-months of service on its annual plans.

We have all wondered just how much these double-display cellphones will cost at start, and thankfully Oukitel has come forward to give us an idea. The company has placed its upcoming dual-screen Oukitel U6 smartphone on pre-order for the price of $239.99. Oukitel has officially announced that it will be accepting the pre-orders internationally for U6 smartphone . Just hours back, we reported that Siswoo R9 Darkmoon will be unveiled at IFA conference, which could be second smartphone with dual-screen, after the Yotaphone. But, given to pre-order process of Oukitel U6, it seems that Siswoo R9 Darkmoon might end with third position. 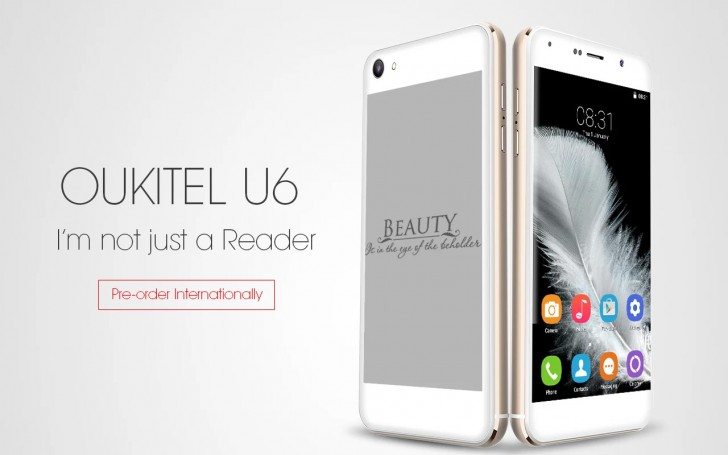