If you are familiar with Capcom, you will know that they are not a fan of the PC and have hitherto not had games on the platform. Dragon’s Dogma was first released in 2013 on Xbox 360 and Playstation 3. It had some rave review during its time. It was followed up a year later with Dark Arisen which had extra contents.

It took 3 years for them to consider the options and though Dragon’s Dogma: Dark Arisen is three years old, the 4K graphics gave it a sense of newness. The first in the franchise is a mix of Dark Soul and Shadow of The Colossus but does not fall to the favor of either, such that it maintained the traditional role-player style of action. It can be compared to The Witcher 3 of modern times. 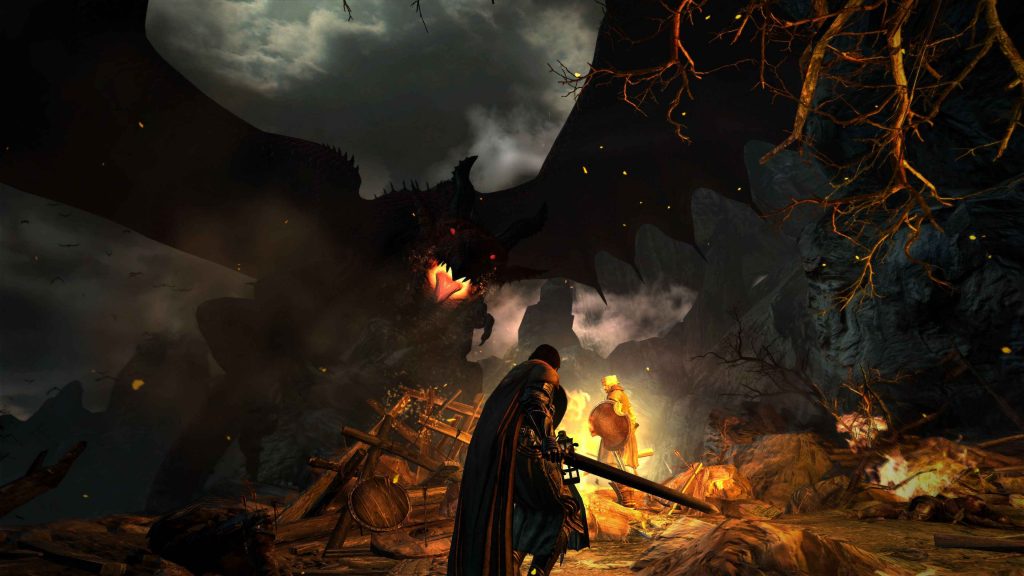 One thing seemed not to have changed in Dragon’s Dogma and that is the poor quality of the story line. The opening montage features a medieval knight in battle with an oversized and loquacious dragon. The dragon would appear many years later and pluck out the heart of your custom character, triggering a never-ending circle of battle.

Surviving the encounter with the dragon only but a scar gives you the name Arisen, the chosen one to defend the people from dragons and who has the power to control strange smaller warriors called ‘pawns’. You can recruit as much as three pawns. The first you meet can be customized like you did to your main character but the rest becomes part of your army when you meet in the cause of the game or by choosing them using magical stones.

Your main character and your primary pawn can be equipped and earn experience points. You can trade pawns with other players and the game was designed in such a way that it constantly checks and updates you what other people are doing with their borrowed pawn in a back and forth manner.

Pawns will also heal you and when you are touring, they will search for hidden objects and also memorize locations which will be useful to the person you trade your pawn with. The entire concept makes up for the game’s poor story line. Expect a robust fighting like that of Devil May Cry. You will begin with some light and heavy attacks which will be improved along the game when you pay a trainer.

It may not be a fair comparison to place side by side Dragon Dogma with the more recent releases but there are areas in it that are really commendable like the improved texture. All the DLC ever released for the game have not added anything in terms of content besides the texture.

Along the game, everyone you meet will tend to advise you against venturing into the dark or dungeons or caves – which could be pretty much of a good advice. Another major flaw is that the game lacks personality with distinctive characteristics to enable them to stand the test of time like Dante of Devil May Cry. The repetition of quests also quickly wears out the admiration for the wonderful combat.

Dragon Dogma is practically begging for more but it was fun seeing old time friends and foes like wyverns, hydras and chimeras. Capcom hinted that the success of the new PC game may make them to possibly go for a sequel which I reckon will be much better than the first.