The Namekian Race have received a Giant Form in Dragon Ball Xenoverse 2. But how do you unlock it in the game? We made a guide for those of you who want the Namekian Giant form. This one’s a lot easier than the Golden Form because with that you needed to have a different dialogue with Frieza.

At the point in the game where you are told that you can’t progress any further by Elder Kai, you have to go to the planet Namek on the other side of the map. Right next to the globe which transports you to Planet Namek, there’ll be an NPC that tells you to get a new skill. If you are Namekian then go to the flag shown on the map. You don’t need to beat any mission because just reaching this point of the game gives you a pre-requisite to become a Giant.

Talk to Piccolo and he will send you to Nail. Then talk to Nail and he will send you to another person called Dende. Dende will talk to you about unlocking your potential. This back and fro between the three characters will continue and all you have to look out for is the green question mark above their head. And that’s just it, no fighting or anything, just talk to these three.

At the end, Piccolo will allow you to do the Namekian Awakening quest and this will grant you the ability to become Giant. In this quest, you can become a Giant and defeat Piccolo or you can beat the quest without doing that, whichever way you prefer. But yes that’s basically what you need to do to get the Giant Form in Namekian Race in Dragon Ball Xenoverse 2.

Dragon Ball Xenoverse 2 – How to Unlock ALL Parallel Quests 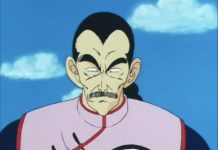