Dragon Ball Super episode 98 was released a few days ago, meaning that fans are now eagerly waiting for the next episode to arrive. The series is getting exciting day by day as the much-anticipated Tournament of Power has finally started. The previous few episodes focused on what strategies each team is using in the battle royal. Goku and his team even managed to completely defeat Universe 9’s team. As a result, the God of Destruction of Universe 9, Sidra, along with the rest of his Universe was wiped out from existence by the Zen-Oh. And now, in the next episode, Kuririn, also known as Krillin, is going to show off his powers.

So without any further due, here is what is expected to happen in Dragon Ball Super episode 99.

Recently, the user who goes by the name Herms98 on Twitter revealed the official synopsis of Dragon Ball Super episode 99. The synopsis gives us a clear idea of what we can expect to see in the upcoming episode. According to them, Goku and the rest of his team will be shocked and surprised after seeing the annihilation of Universe 9 after it was defeated by them. However, Goku and Vegeta will get over it quickly and start fighting again. 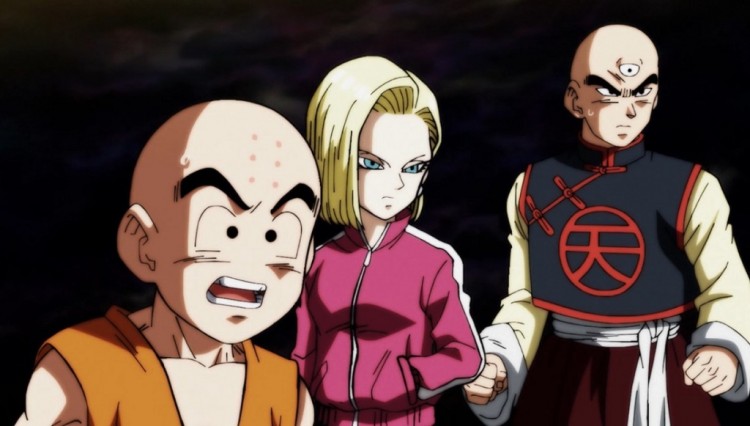 On the other hand, No.18 is going to get in a difficult situation as she is going to fight Universe 4’s Shoisha. The latter is somewhat strong so No.18 will have to be really careful while fighting her. However, after seeing his wife in trouble, Krillin is going to rush towards her. The husband and wife are said to come up with a strategy together to defeat the Universe 4’s warrior. Not only this, but Vegeta is also going to go against Universe 6’s Botamo and Megetta. Vegeta is going to face some difficulties while fighting these two as Botamo surprisingly doesn’t take any damage. Along with this, Goku, Frieza, and the rest of the team is also going to face some challenges in the upcoming episode.

The Gods of destruction of all Universes are currently watching the Tournament of Power from the benches. Sidra, along with his Universes, has been annihilated, but the rest of the Gods of Destruction are still alive and breathing. The God of Destruction of Universe 7, Beerus is said to give some advise to his team in the upcoming episode.

Dragon Ball Super episode 99 is currently scheduled to air on July 16, 2017. Let us know if you’re excited about it or not in the comments below.