“Dragon Ball Super” Episode 97 spoilers suggest that the matches are now about to start and all are waiting for the Omni Kings to make an official announcement. The upcoming episode titled, “The Curtain Finally Rises” will start off the first match of the “Tournament of Power” in which 80 teams from 8 universes are going to participate.

Also, Goku will be feeling a bit insecure after his confrontation with Jiren. Check out in detail!

According to Blasting News, the synopsis says that the fighting arena for the upcoming tournament will be located at the “World Of Void.” The Warriors will arrive and wait patiently for the official announcement to start the first fight. Great Priest will remind every one of the rules pointing out that they are not allowed to kill their opponents. 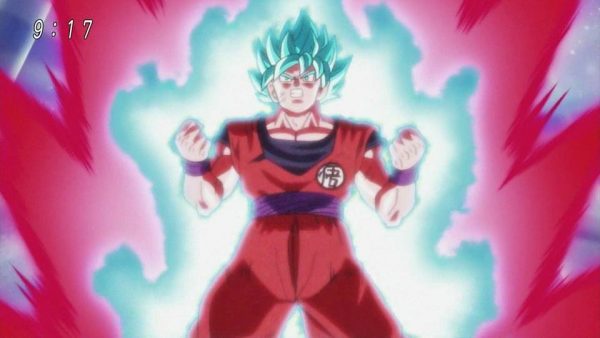 Also, the rule says that the participants cannot use any recovery items or weapons that would help them in the fight. Everyone is wondering about who will be the first two teams to fight in “Dragon Ball Super” Episode 97.  In the upcoming episode, the fuse will be lit and the losing universes will get annihilated.

It means that the teams that will lose in the “Power of Tournament” will cease to exist. A preview of the episode is expected to release on YouTube few days prior to the airing of the episode.

In the previous “Dragon Ball” Chapter 96 episode Jiren and Goku came face to face. Goku is a much acclaimed Saiyan but his confrontation with Jiren leaves Goku stunned and confused. When Goku tries to acquaint Jiren, the team Universe 11 warrior manages to transport just behind the Saiyan, reports Comicbook.

Goku is surprised by the speed of Jiren who do not even budge when the God of Destruction throws blockades of power towards both of them. Hopefully, Goku will find something to get past Jiren’s attack in “Dragon Ball Super” Episode 97 that will air on July 2, on Fuji TV, Japan at 9 am.