Dragon Ball Super episode 95 was released some time ago, and fans are now eagerly waiting for the next episode to arrive. The past few episodes of the series have been really interesting as they focused on how Goku managed to recruit Frieza to his team and what problems he faced because of his decision. And now, only a few hours are remaining until the Tournament of Power begins and Beerus has a plan of his own. Along with this, something really unexpected is said to happen in the next episode.

So without any further due, here is what is expected to happen in Dragon Ball Super episode 96.

Recently, Shonen Jump Magazine revealed some details regarding what will happen in the next episode of Dragon Ball Super. The details feature Universe 7’s team, Omni King Zen-Oh, and the four Universes which have been out of the picture from some time. According to the magazine, the Tournament of Power will begin after few hours and Goku and the rest of his team are now preparing to head towards the World of Void, the place where the tournament will take place.

Beerus To Reveal His Strategy In Dragon Ball Super Episode 96

While Goku and his team are preparing to leave for the World of Void, Beerus will reveal that he has a strategy for them, which will help them in the upcoming Tournament of Power. Previously, Gohan told his team that they have to focus on staying in the middle of arena, but he later claimed that it will be difficult to do that considering the fact that other teams will think of doing the same. On the other hand, the Omni-King will be seen relaxing while the Tournament of Power is about to begin, but some unexpected guests will visit him. 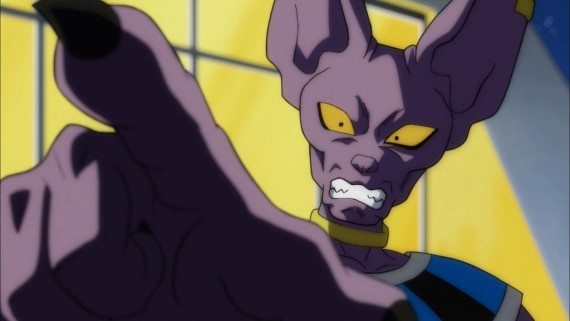 The Gods of Destruction of Universe 1, Universe 12, Universe 8, and Universe 5 are going to appear in front of the Omni-King in Dragon Ball Super episode 96. We already know that Universe 1, Universe 12, Universe 8, and Universe 5 were not included in the Tournament of Power because they were already declared as the top four strongest Universes, and hence Zen Oh decided to keep them out of the tournament. Although Shonen Jump didn’t reveal why these four Universes suddenly visited the Omni-King, but something big is about to go down soon.

Dragon Ball Super episode 96 will air on June 25, 2017. The next episode will focus on what Beerus has in his mind and why the four Universes visited the Omni-King. Let us know if you’re excited for it or not in the comments below.