MobiPicker
Culture Anime Dragon Ball Super Episode 85 Release Date, Spoilers: Lord Beerus Might Betray...
Share on Facebook
Tweet on Twitter
Deal Alert: 49% Off on ExpressVPN
Touted as #1 VPN in the world, ExpressVPN is now offering 49% off & an additional 3-months of service on its annual plans.

Dragon Ball Super episode 84 was released a few days ago, meaning that fans are now eagerly waiting for the next episode to arrive. The previous episode was a rather interesting one as Goku managed to recruit two more members in his team to represent his Universe in the Tournament of Power. However, it was recently rumored that Goku and his team are going to face some issues before the tournament even begins. Lord Beerus is said to cause some problems for Goku, and the very first female Super Saiyan of Universe 7 is expected to get revealed in the next episode of Dragon Ball Super.

So without any further due, here is a short recap of Dragon Ball Super episode 84 along with what is expected to happen in the next one.

In the previous episode of Dragon Ball Super, No. 18 managed to convince Krillin to join Goku’s team so he can finally put his martial arts training to use. Later on, after finding out that the winner of the tournament will receive 10 million Zeni as a reward, No. 18 also agreed to join Goku’s team. Gohan then decided to test Krillin and find out whether he actually is strong or not. 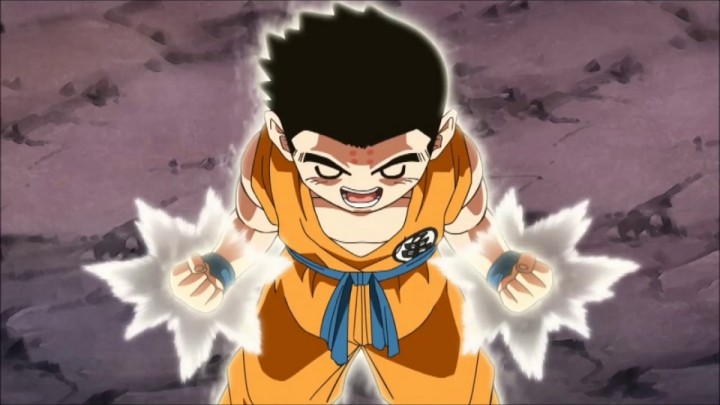 However, he was surely surprised after Krillin defeated him using one of his new techniques called Solar Flare x 100. Goku then got excited and he then challenged Kirllin, but No. 18 interfered in their battle and told them that the Tournament of Power is going to be a battle royal, meaning that he shouldn’t expect one vs one matches all the time. After No. 18 revealed that she currently doesn’t know where No. 17 is, Goku decided to ask Dende to find his current location.

Lord Beerus To Become A Problem For Goku And His Team?

Now, it is said that Lord Beerus is going to become a really big problem for Goku and his team. He is expected to betray them and become cruel with them again. Because of this, Goku and his teammates are said to face some troubles even before the tournament even begins. Along with this, the next episode of Dragon Ball Super is also expected to reveal the first female Super Saiyan of Universe 7. Currently, fans are wondering who she could be. It could be either Pan, the daughter of Goku, or Bulla, the newborn daughter of Vegeta. The chances for Bulla to be the first female Super Saiyan of Universe 7 are high considering the fact that she already has a Super Saiyan brother, Trunks.

Dragon Ball Super episode 85 will is currently expected to get aired on April 9, 2017. Let us know if you’re excited about it or not in the comments below.