MobiPicker
Culture Anime Dragon Ball Super Episode 84 Release Date And Spoilers: Krillin and No....
Share on Facebook
Tweet on Twitter
Deal Alert: 49% Off on ExpressVPN
Touted as #1 VPN in the world, ExpressVPN is now offering 49% off & an additional 3-months of service on its annual plans.

Dragon Ball Super episode 83 was released a few days ago, meaning that fans are now eagerly waiting for the next episode to arrive. The previous episode was a rather interesting one as Bulma gave birth to her and Vegeta’s daughter. Vegeta wanted to name her Eschalot, a Saiyan name, but Bulma named her Bulla instead. However, Vegeta didn’t argue and he quickly accepted this name. After everyone celebrated the baby’s birth, Goku left with to recruit members.

The next episode of Dragon Ball Super, episode 84 is titled as “Son Goku the Recruiter Invites Krillin and No. 18” and in it, Goku will take his son, Gohan to visit Krillin’s house to convince him to join their team in the Tournament of Power to represent Universe 7. After they reach his house, both of them will be surprised to know that Krillin hasn’t stopped training since the time Goku asked him to be his partner. And what they asked him awakened strength for battle. A teaser clip for the upcoming episode of Dragon Ball Super was also released, which gave fans a glimpse at what they can expect to see in the upcoming episode.

In the teaser trailer of Dragon Ball Super episode 84, Gohan was seen fighting Krillin to test his strength while Goku and No. 18 were watching them and talking about the tournament. Before this, Gohan has already expressed some doubts about Krillin’s strength in the Tournament of Power, but will his current match with Gohan prove him wrong? Will Krillin turn out to be a strong fighter just like Goku believes? 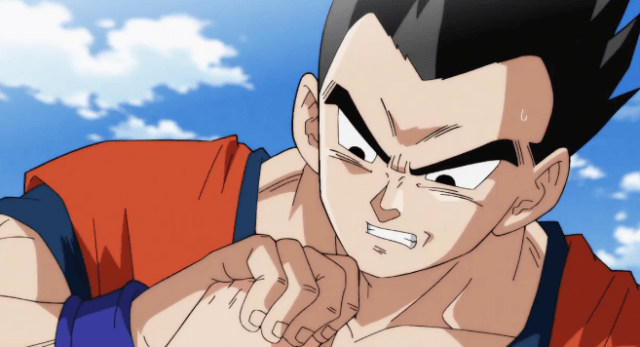 Along with this, No. 18 will also join Goku’s team to represent Universe 7 in the Tournament of Power. Currently, fans are waiting to see what the reaction of the two will be upon leaving their daughter. Will Goku even manage to convince them to leave her? Or will they come up with something better? All will be revealed in the next episode of Dragon Ball Super.

Dragon Ball Super episode 84 is currently scheduled to air on April 2, 2017. Let us know if you’re excited about it or not in the comments below.