MobiPicker
Culture Anime Dragon Ball Super News: Toppo Is Not Strongest Fighter From Universe 11?
Share on Facebook
Tweet on Twitter
Deal Alert: 49% Off on ExpressVPN
Touted as #1 VPN in the world, ExpressVPN is now offering 49% off & an additional 3-months of service on its annual plans.

After taking a short break, TOEI Animation finally released Dragon Ball Super episode 82, and it was amazing. The 2 weeks wait was definitely worth it as the said episode revealed something really interesting about Toppo. It was revealed that Toppo isn’t actually the strongest fighter in Universe 11, meaning that Goku is in some serious trouble.

Avid fans of the series know that Toppo was introduced in the series as a really strong character. He was also said to be the strongest fighter from his Universe. Moreover, he was even considered to become the new God of Destruction after winning the tournament. However, all of this wasn’t true at all as Toppo isn’t the strongest fighter in his Universe, meaning that there is someone else who is stronger than him.

After their match ended, Goku decided to pay Toppo a visit to congratulate him for winning. However, Toppo didn’t respond to him as he currently considers him as evil. Since Goku met Toppo, he considered as the strongest warrior of Universe 11. However, Goku was surely surprised after Toppo revealed that he is not the strongest fighter in his Universe, but his friend, Jiren The Gray is. For those who don’t know, he is the right hand of the Pride Trooper is the and is the strongest warrior in Universe 11. One thing to keep in mind here is that this was the first time Toppo’s name was mentioned in the series. 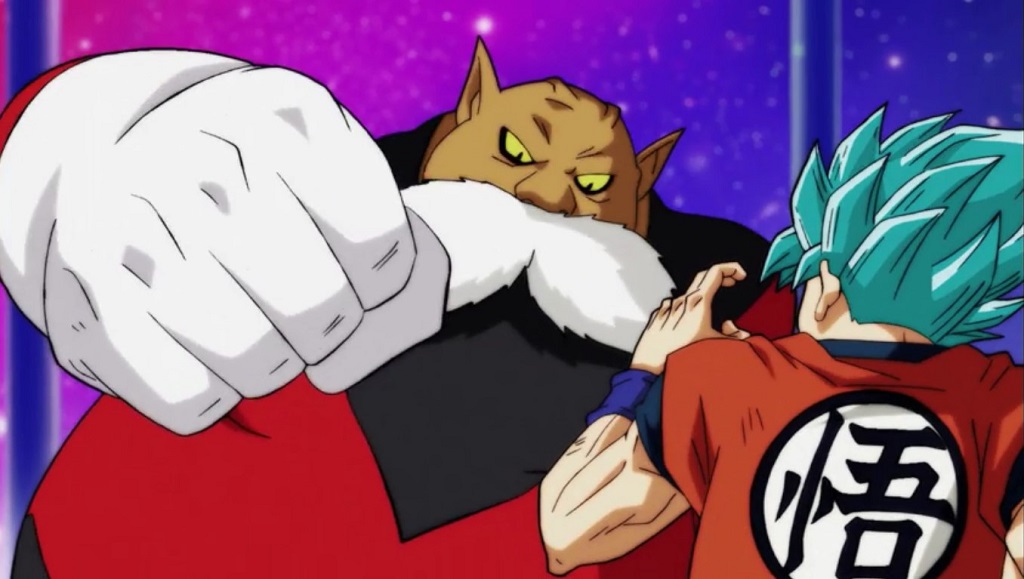 Jiren The Gray From Universe 11

Judging from what the opening theme of Dragon Ball Super features, Jiren The Gray is a really skilled fighter as he can easily deflect and detect Goku’s attack. As Goku had a hard time against Toppo, Jiren The Gray is definitely going to become a really big problem for him. However, Goku is currently expected to surprise everyone by a transformation. It is said that his next transformation is going to be a combination of Super Saiyan God and something else. All fans can do now is wait and see what the creators have in mind for us. A few weeks ago, The Grand Priest also revealed the main purpose of The Tournament of Power. According to him, the Omni-King arranged this tournament to bring balance among the 12 Universes.

The next episode of the series, Dragon Ball Super episode 83 is currently scheduled to air on March 26, 2017. Let us know if you’re excited about it or not in the comments below.