The much-anticipated arc of Dragon Ball Super, Universe Survival arc is about to begin and many fans are hyped up for it. The arc is said to be the most epic arc of Dragon Ball Super, and will feature a lot of battles between characters from various universes. While fans wait for the upcoming arc to begin, many details about what will happen in it have started to get leaked. Recently, a twitter user managed to get his hands on the preview of Dragon Ball Super episode 78, which is set to release in the second week of February.

The twitter user who previously managed to get his hands on the preview of Dragon Ball Super episode 77, Todd Blankenship recently posted the preview of episode 78, which has eventually revealed a lot of stuff about the said episode. The previous preview, this one was also in Japanese, but the user again translated it into English for us.

The preview has basically revealed the title of the big tournament Omni-King has organized. According to the preview, the tournament is titled as “The Tournament of Power.” The title kinds of the fits the tournament considering the fact that some of the most powerful characters from various universes are going to compete in it. The preview further reveals that there is going to be a battle between Universe 7 and Universe 9 in Dragon Ball Super episode 78.

It is said that Goku prepares to fight the characters from Universe 9 while the Omni-King is watching, but he needs two more allies to match against the opponents. He first calls Gohan to come and help him out, but his son is hesitating. We currently don’t know why Gohan is going to react like this. So all we can do now is wait and see what happens. 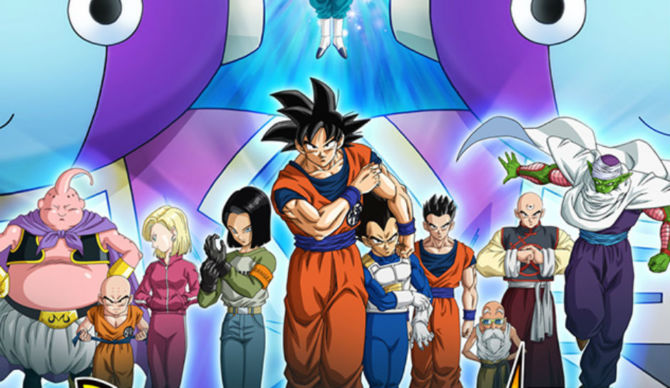 Another big thing that will be revealed in Dragon Ball Super episode 78 is the unforgiving rule The Tournament of Power has. The rule states that whenever a universe loses, the Omni-King will destroy that very Universe without second thoughts. This will the first time Goku will get to know about this rule, so the question in everyone’s mind is, how will he react to this? Maybe Beerus and Whis were right after all. They were previously worried about Goku as he couldn’t see the consequences of the tournament because of his excitement.

Dragon Ball Super episode 77 will be released on February 5, 2017. Episode 78 on the other hand, will be aired on February 13, 2017. Let us know if you’re excited for them or not in the comments below.