Dragon Ball Super episode 76 was released a few days ago, and fans are now eagerly waiting for the next episode to arrive. The next episode is going to be an important one, as it will be the start of the much-anticipated, Universe Survival arc. To get fans, even more, hyped up for the upcoming arc, Jump has released a brand new preview of episode 77. The preview basically provides a short summary of what will happen in Dragon Ball Super episode 77.

So without any further due, here is what is expected to happen in Dragon Ball Super episode 77.

The latest preview of Dragon Ball Super episode 77, released by Jump, was in Japanese. But twitter user, Herms98 was kind enough to translate it into English. The first part of the preview talks about how Goku is all hyped up to train with Whis, so he can finally get back into his original fighting form. However, during training, he suddenly remembers about a martial arts tournament the Omni-king once talked about. The tournament was said to include fighters from all of the universes.

Goku Talks With The Omni-King

This makes Goku excited and he quickly presses the button, given to him by the Omni-king himself, to talk to the King about the martial arts tournament. The preview didn’t reveal any further details regarding what happened after he pressed the button, but he most probably got the chance to discuss it with him.

Whis And Beerus Get Worried

The preview further reveals that Whis and Beerus get worried upon hearing about the Omni-king. Goku, on the other hand, is all hyped up for the tournament, and he is unable to see the consequences because of his excitement. As Goku is not afraid of the Omni-king, Whis and Beerus are left biting their fingernails in tension. 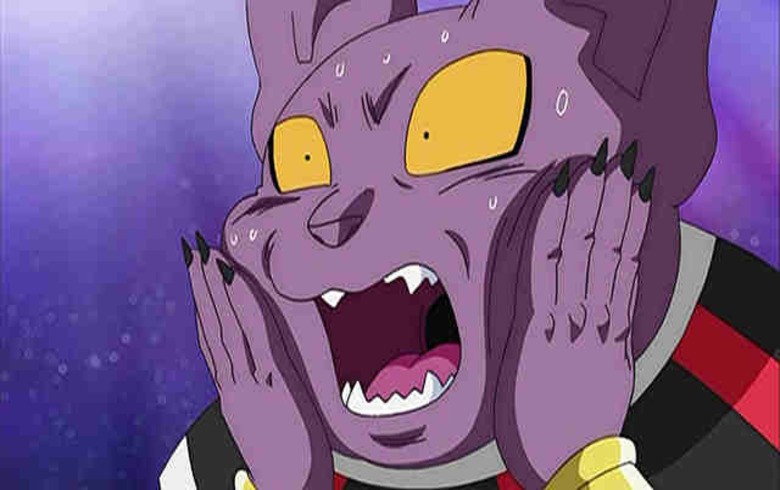 Bulma About To Give Birth

The last part of the preview focuses on Bulma about to give birth. Goku invited Vegeta to come and train with him and Whis, but Vegeta refuses his offer as he his concerned about his wife as she is about to give birth. Vegeta is also known to panic when Bulma gets pregnant. So the next episode of Dragon Ball Super will also introduce to the future daughter of Vegeta and Bulma.

Dragon Ball Super episode 77 is currently scheduled to release on February 5, 2017, on Fuji TV at 5 PM in Japan. Let us know if you’re excited about it or not in the comments below.