Dragon Ball Super episode 66 was released a few days ago, meaning that fans are now eagerly waiting for the next one to arrive. In the previous episode, Goku and Vegeta’s fusion managed to give Zamasu one hell of a beating and managed to find his weakness, because of which he will be defeated.

So without any further due, here is a short recap of Dragon Ball Super episode 66 and spoilers of episode 67.

In Dragon Ball Super episode 66, Goku managed to give Zamasu a pretty good beating. He used Kamehameha against him, which resulted in the right side of Zamasu’s body melting and turning purple. Afterwards, Goku again rushed towards him to give him a beating again. This time, Zamasu managed to catch Goku by grabbing his leg. However, by using his Kaioken technique, he quickly escaped and kicked Zamasu on his head. He then drained his energy and passed out.

Gowasu then reveals that half of Zamasu’s merged body is immortal as Black Goku’s body is actually of a human. Now, this might be the weakness of Zamasu and because of this, Goku will manage to defeat him easily. Goku already managed to teach him a lesson, it won’t be hard for him to do it again.

When Goku and Vegeta were having a hard time against merged Zamasu, the two decided to perform a fusion. They then borrowed the Potara earrings of the Supreme Kai and fused. However, Gowasu reveals that as none of them is a Supreme Kai, their fusion will only last for one hour, meaning that they will have only one hour to go all out against Zamasu.

After the fusion, Zamasu gets to see Vegito, after which he gets more furious. On the other hand, Bulma repairs the time machine, while may give her broken sword to Trunks. With this, Trunks rushed towards Zamasu to join the fight again.

Vegito managed to give Zamasu one hell of a beating. However, it wasn’t enough to defeat him. The hour that Vegito had then ended and Goku and Vegeta were no longer in the fusion. However, just when Zamasu is about to attack Goku and Vegeta, Trunks blocks his attack and saves them. He then repairs his sword using his new Super Saiyan form and then rushed towards Zamasu to stab him. He then defeated Zamasu by cutting him in half. 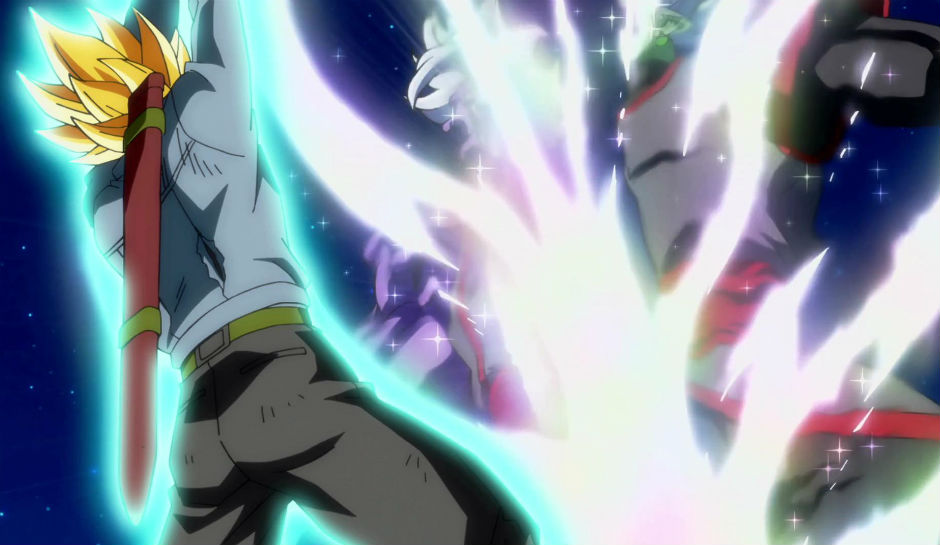 Now in Dragon Ball Super episode 67, there will be a sudden twist. Zamasu will be alive and will then get up to attack Trunks. The episode is titled as “Fill Your Heart With New Hope! Farewell Trunks”, which suggests that Trunks might get killed by Zamasu. Along with this, with no option left, Goku will finally use the call button Zeno gave him, and Zeno will then make an appearance to end the life of Zamasu.

Dragon Ball Super episode 67 will be released on November 20, 2016. The episode will focus on how Zeno will manage to defeat Zamasu.

Let us know if you’re excited for Dragon Ball Super episode 67 or not in the comments below.