Dragon Ball Super episode 64 was released a few days ago, meaning that fans are now eagerly waiting for the next episode in the critically acclaimed series to arrive. The previous episode was a rather amazing one as we got to see how Goku and Vegeta managed to hold off Black Goku and Zamasu. However, as one of their techniques have failed, it now seems that the two will combine their strengths to defeat the powerful duo.

In Dragon Ball Super episode 64, we got to see how powerful Vegeta and Goku have become. Both of them managed to hold off Black Goku and Zamasu pretty well. Vegeta even managed to give Black Goku a hell of a beating. However, just when everyone thought that the battle will be soon over as Goku and Vegeta got the upper hand in it, Black Goku turned the tides by converting his sword into a scythe. 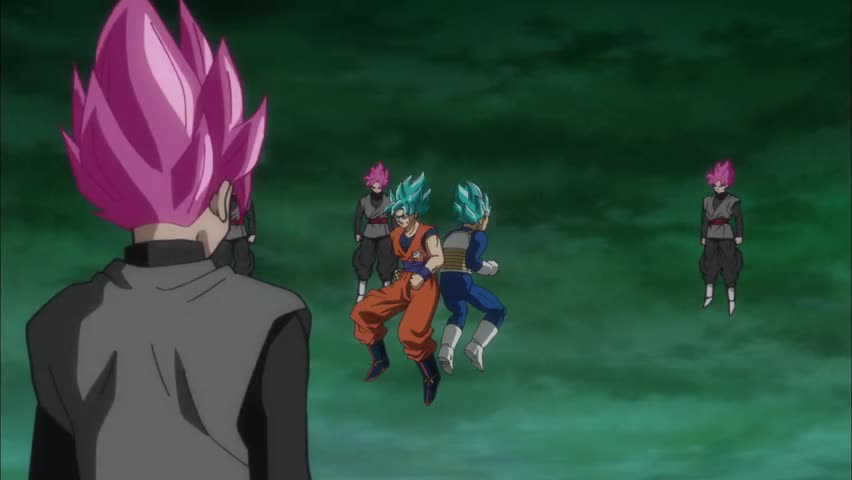 What he did was use some kind of technique to convert it into a scythe, and by using it, he opened a portal through which he summoned a lot of Black Goku clones. This became a serious threat for Vegeta, so Goku stopped his battle with Zamasu and fled towards Vegeta to help him.

Zamasu Gets Sealed In A Jar Through Mafuba

While Goku was helping Vegeta with dealing with the clones of Black Goku, Zamasu got the chance to end the lives of Trunks, Mai and Bulma once and for all. However, he was sure in for a surprise as when he reached them, he got distracted by Bulma’s action. Because of this, Trunks was able to successfully seal Zamasu inside a jar by using the Evil Containment Wave.

The three then got shocked to see that their plan actually worked, and when they were about to celebrate, another big tragedy happened. What it was that the seal was not present in the current time, because of which Zamasu managed to break the seal and escape from the jar. After getting out, Zamasu told Black Goku that they should not take them lightly and should do something about them soon. The two then used their earrings to perform a fusion. The episode ended with Black Goku and Zamasu becoming one powerful foe.

Dragon Ball Super episode 65 will be released some time in this week. The episode will reveal whether Goku and Vegeta will perform a fusion to take down Black Goku and Zamasu once and for all or not.

Let us know if you’re excited for Dragon Ball Super episode 65 or not in the comments below.