Dragon Ball Super episode 62 was released a few days ago, meaning that fans are now eagerly waiting for the next episode in the critically acclaimed anime series to arrive. The previous episode was kind of special one, as it showcased how Goku and Vegeta can finally defeat Zamasu and Black Goku.

Goku, Vegeta, and Trunks were having a really hard time in defeating Black Goku and Zamasu. Because of the combined power of these two, it was becoming almost impossible to defeat them. However, when the trio was about to give up on defeating them, Piccolo appeared out of nowhere and claimed that he had found a way to defeat Black Goku and Zamasu.

Piccolo told Vegeta that he will have to use Mafuba in order to defeat these two, meaning that he will have to seal the two inside something to put an end to their evil plans. However, using Mafuba isn’t as easy as it sounds as there is a big risk of losing your own life while using it. But Vegeta was fully determined on putting an end to Black Goku and Zamasu’s evil plans, so he went with what Piccolo said and decided to use Mafuba to trap the two inside something.

Vegeta To Be Stronger In Dragon Ball Super Episode 63

While Future Trunks was busy in the battle against Black Goku, Vegeta got the chance to train a little in the present timeline. Because of this, rumors are that Vegeta will be much more stronger this time, and will defeat Black Goku without any problem. 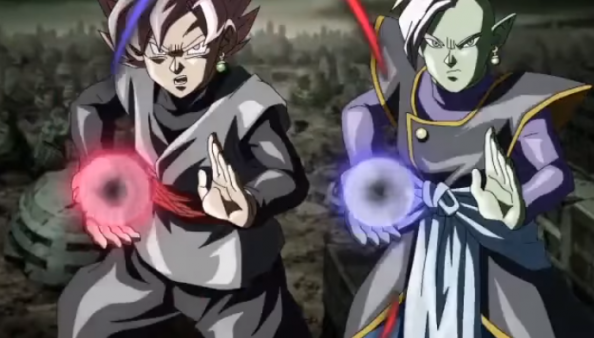 Dragon Ball Super Episode 63 will be released this week. The episode will reveal how Goku and Vegeta will manage to trap Black Goku and Zamasu inside a jar using the Mafuba technique. Fans will also get to see how much stronger Vegeta has gotten since his previous battle with Black Goku.

Let us know if you’re excited for Dragon Ball Super episode 63 or not in the comments below.