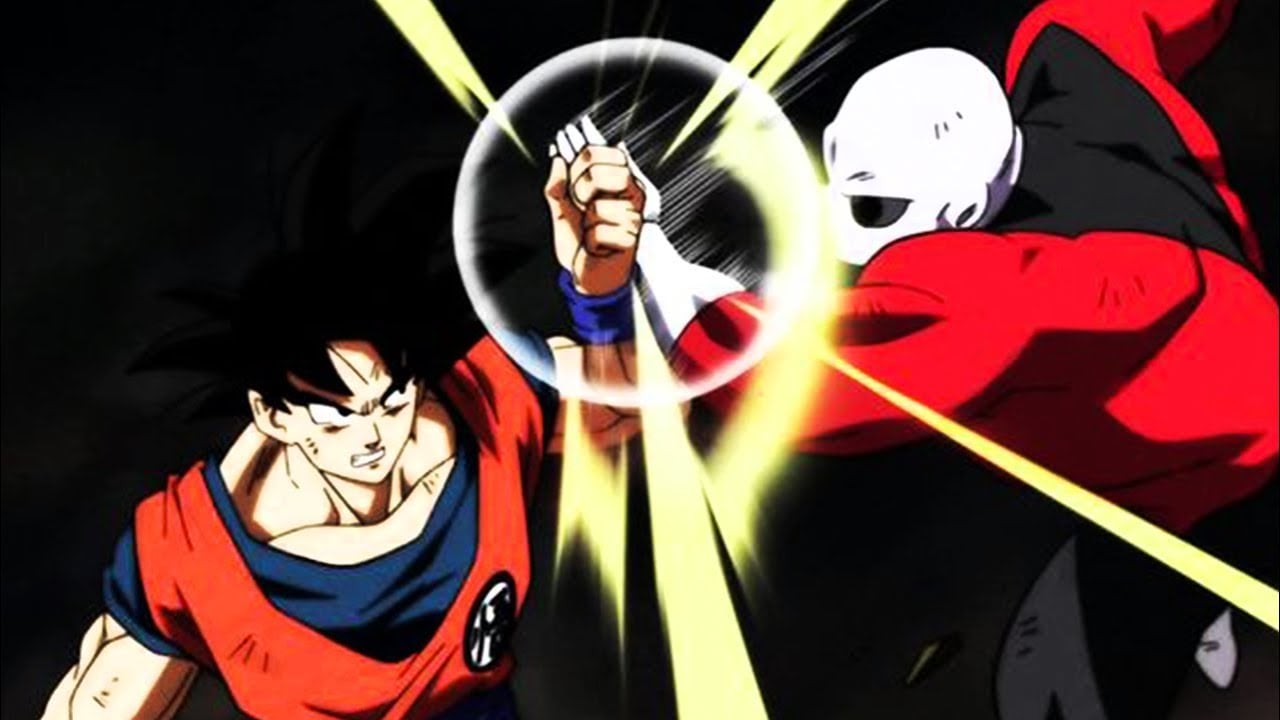 The official preview clip of Dragon Ball Super episode 107 reveals that something big will go down in the upcoming episode. The preview clip basically shows that Maji Kayo is going to fight against the two strong Pride Troopers, Jiren and Dispo. In addition to this, Frost is also going to play an important role in the next episode.

In Dragon Ball Super episode 107, Maji Kayo is first going to fight Jiren. The preview clip reveals Maji Kayo melting the ground by using one his abilities, while Jiren was standing right next to him. He later attacked his opponent by using his really huge hand while sitting because he didn’t wanted to get up. After he’s done with Jiren, the latter is going to fight the second Pride Trooper, Dispo. Although we saw how Dispo landed a kick on Maji Kayo’s face in the clip, but we also go to know that his kick didn’t had any major effect on him as he posses a jelly like body. You can have a look at the preview clip of Dragon Ball Super episode 107 below.

On the other hand, it was revealed that the person behind Magetta’s attack on the team of Universe 7 was actually the former defender of Justice, Frost. Even Goku confirmed that he was plotting against them from the start. In addition to this, Master Roshi is also going to show his skills in the next episode.

Frost Enters The Tournament Of Power

In addition to this, with Tenshinhan and Kuririn out of the tournament and the remaining team of Universe 7 left behind to win without them, the fighter from Universe 6, Frost is going to become a really big problem for Goku’s team. It is said that right after he enters the Tournament of Power, he will have one clear goal, and that will be to eliminate Goku and his entire team. The preview trailer revealed that Frost’s first target is going to be no one other than Master Roshi, but Goku knows that Frost will most likely cheat during the fight, so he will do something about it.

Not only this, but Master Roshi is currently willing to make a great sacrifice for his team. Although Frost is going to target him first, but Master Roshi is already committed to take him down. The preview trailer already showcases that Master Roshi is going to use the Evil Containment Wave against his opponent, so he will most probably go all out. But Goku, Krillin and Tien Shinhan are seen worried about his health, so he will have to be really careful while using his attack. In his previous battle, he almost met his demise. And now, fans are eagerly waiting to see how he will handle his second opponent.

Dragon Ball Super episode 107 release date is set for September 17, 2017. Be sure to share your thoughts in the comments below.