Dragon Ball Super episode 99 was released some time ago, meaning that fans are now eagerly waiting for the next episode to arrive. The series is getting exciting day by day as the much-anticipated Tournament of Power has officially started and all the teams are now fighting for their respective Universes. The previous episode focused on how Universe 7’s team lost their first fighter. And now, in the next episode of Dragon Ball Super, fans will finally get to see Female Broly in action.

So without any further due, here is what happened in the previous episode along with what is expected to happen in Dragon Ball Super episode 100.

In Dragon Ball Super episode 99, everyone was left in a shocked state after seeing the destruction of Universe 9. Every team started wondering that they will suffer the same fate as them if they don’t perform well. While the fighters were recovering from what they saw, No. 17 told No. 18 that they have no reason to stop fighting and hold back as they have infinite stamina, thanks to their cyborg bodies. Meanwhile, Vegeta challenged Botamo and Magetta, and the two had surprisingly overcome their previous weakness. 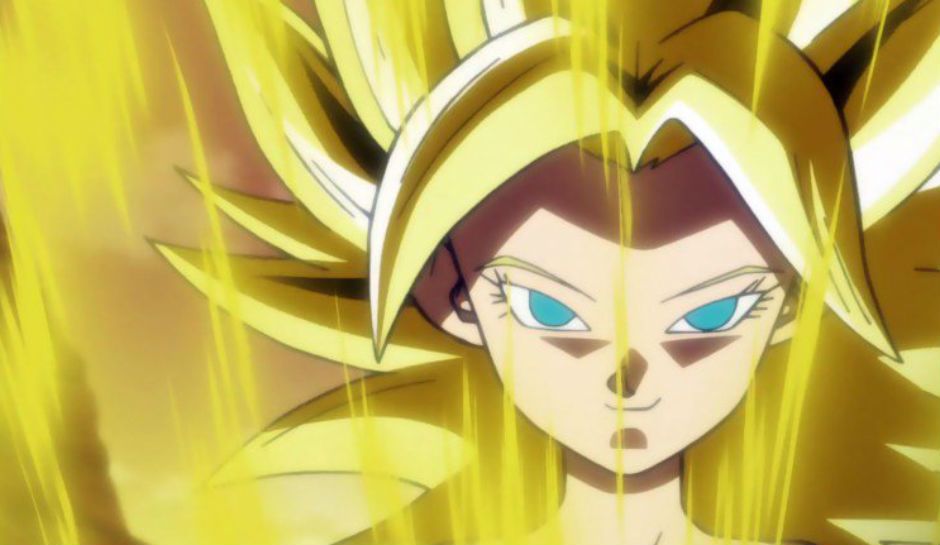 On the other hand, Jium is easily defeated after he tried to attack Gohan and his friends. No. 18 is then tricked by Shosa from Universe 4 and is nearly knocked out of the stage. However, Krillin arrives just in time to save her and the two then defeat their opponent with a powerful combo attack. Krillin then also surprisingly defeats Universe 4’s Majora by disabling his nose and throwing him off the stage. He then starts to celebrate, but his celebration is cut short by Frost who knocks him off. Beerus and the Supreme Kai are then seeing yelling at Krillin for his carelessness. With 43 minutes remaining in the Tournament of Power, Goku and his team were down to 9 fighters.

And now, in Dragon Ball Super episode 100, fans are finally going to see something they have been waiting for a long time. Caulfila is expected to transform into Super Saiyan Blue, meaning that fans will get to see the Female Broly in action. However, as transforming into Super Saiyan Blue isn’t going to be an easy task, she is said to ask Goku for his help. Whatever the case is, the next few episodes of Dragon Ball Super are definitely going to be filled with thrilling moments.

Dragon Ball Super episode 100 is currently scheduled to arrive on July 23, 2017. Let us know if you’re excited about it or not in the comments below.