Dragon Ball Super episode 65 was released a few days ago, meaning that fans are now eagerly waiting for the next episode to arrive. The last few episodes of the series have been very interesting as we got to see how the Merged Zamasu managed to get the upper hand against Goku and Vegeta. However, the two managed to do something because of which they matched the power of the Merged Zamasu.

As we all know, Goku and Vegeta at some point managed to give both Zamasu and Black Goku a hell of a beating. However, Zamasu ran out of patience and decided to merge himself with Black Goku. Afterwards, as Goku and Vegeta were having a hard time against Merged Zamasu, the two decided to transform into Super Saiyan Blue. However, that wasn’t enough to go against him as his power was just too much for the duo. So finally, Goku decided to perform a fusion with Vegeta. 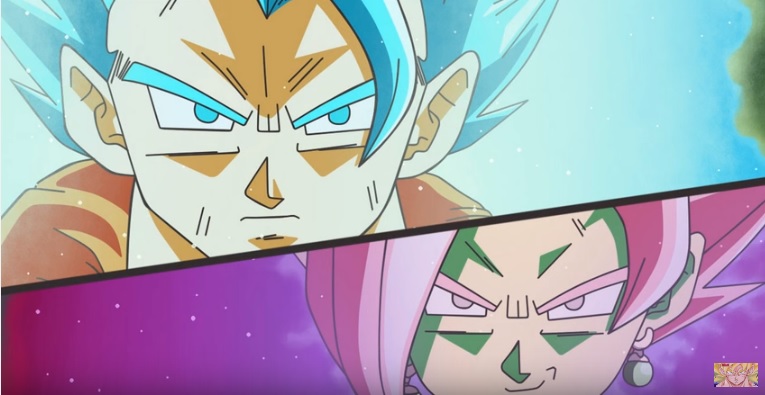 After seeing that none of their movies were working against Merged Zamasu, Goku decided to use the Potara Earrings to perform a fusion with Vegeta and transform into Super Saiyan Blue Vegito. Vegito is currently the only one who can go against Merged Zamasu as his power is equal to that of him.

The preview episode of Dragon Ball Super episode 66 showcased that Merged Zamasu was getting beaten up by the hands of Vegito. This indicated that an epic battle between the two will take place, which will most probably last until the next episode. One thing to keep in mind here is that this fight might be the last fight Zamasu will get into as the Zamasu Arc will end soon. So fans can definitely expect to see the final result in the next few episodes.

Along with this, as for Dragon Ball Super episode 67, rumor is that Trunks will die in it. The episode is said to be titled as “Farewell Trunks”, which suggests that Trunks might meet his demise soon. There is a big chance that he will interfere in the battle of Merged Zamasu and Vegito, and will most probably die while trying to save Vegito from some attack. Episode 67 was also rumored to be titled as “A Visit From The Omni-King; Bye-Bye Zamasu.” If the episode follows this title, then fans can expect to see a new character, who will end the lives of Black Goku and Zamasu.

Let us know if you’re excited for Dragon Ball Super episode 66 and 67 or not in the comments below.