Nobody likes cheaters. They ruin the game for everyone and could drive the audience away from major titles if left unchecked. Valve had the same idea. And that’s why there are now, reportedly, more than 11,000 players banned from DOTA 2 and CS:GO.

Maybe now we can finally enjoy de_dust 2 in CS:GO without those pesky spinbots one-shotting everyone near double-doors at mid and A long. CS:GO is not only deserving of well-needed gameplay tweaks but a need to remove hackers and cheaters as well. Furthermore, it appears Valve upped its game with the infamous VAC (Valve Anti Cheat). There was a major spike three days ago. Consequently, that spike translated into 11,000 players getting banned in a single day. This comes after Kotaku reported it.

Cheating is the main concern for dedicated players in CS:GO and DOTA 2. These are the best competitive games of their genres. So, it’s a shame to see servers overrun with bots, hacks, and third-party software that ruin the fun. The problem was highly noticeable in CS:GO where we had infamous cheats like spin bots and wall hacks.

This clearly shows Valve is working really hard to update VAC. They want to make sure the CS:GO community is satisfied at all times. However, we know that whenever Valve introduces some new anti-cheat update, it is bypassed within days. However, such a massive number of players being banned at once could point to an unusual addition to VAC. This might take the toll on the CS:GO and DOTA 2 cheating community.

Let us know whether you were affected by the new VAC changes. 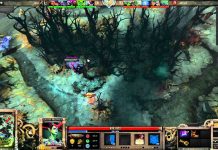