We just reported that Doogee will launch F3 smartphone with 3GB of RAM in August this year, now a new leaked report confirms that it will also be releasing a low priced smartphone, dubbed Doogee Galicia X5, at the same time (August). Though the price is not yet revealed, but compared to its other phone specs and price, it is anticipated that phone should be priced nearly $100 or less. 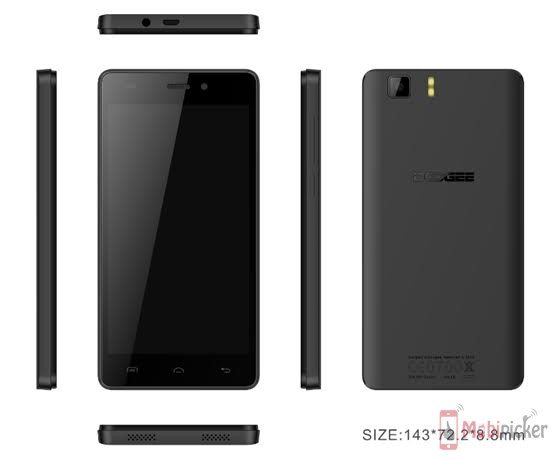 In terms of Specification, the Doogee Galicia X5 will be equipped with a 5 inch 720p display, and is powered by a MediaTek MT6580 quad-core 1.3GHz Cortex-A7 processor. It includes 512MB of LPDDR3 RAM, 4GB of internal storage which can be expanded up to 32GB, and a 2,200mAh battery.

It measures 143×72.2×8.8 mm and supports 3G connectivity as of now, but it is said that there will also be a version with 4G LTE support.

Other details like camera, price, colours availability and device weight will soon be announced by the company. Till then check out other Doogee smartphones, which will be releasing the same time.