Doogee the Chinese smartphone manufacturer is busy these days either churning out new mobiles from its product line or showcasing its innovative specs which make them stand comparable to the brands from Western countries. Be it HOMTOM HT6 with a whopping 6,250mAh battery or the Titans 3 T3 – a luxury phone making a sore in the eyes of Vertu, it seems they are not leaving any stone unturned. 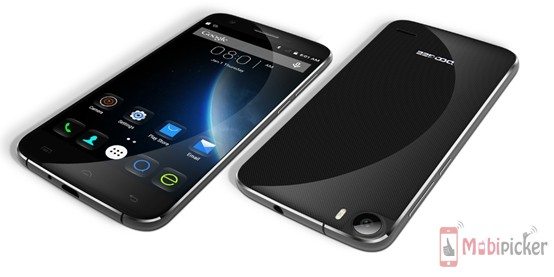 DOOGEE F3 will sport a 2.5D Gorilla glass 3 cover with only 1mm bezels giving the device a bigger look. Apart from that an interesting news from the sources revealed not only front but also the back of the Doogee F3 will also be covered by a glass and that too 2.5D.

On the top of it the glass in talk is coated with a layer of AF nano which will protect it from getting it dirty with your fingerprints or other things such as dirt etc. One can expect a sleek and smooth feel when being held in the hands.