It seems Tesla owners like to leave their vehicles at Supercharger stations while they charge like they are in a parking lot. The company has a ready response, it will charge the owners $0.40 for every minute a vehicle spends on a Supercharger station after the vehicle is fully charged.

This measure should make stations more efficient. Tesla noticed more and more car owners can’t charge their vehicles because all of the charging spots are occupied by vehicles that already finished charging. The company hopes that the new measure will tackle the issue.

In an official statement the company stated that “We envision a future where cars move themselves once fully charged, enhancing network efficiency and the customer experience even further,” and that “Until then, we ask that vehicles be moved from the Supercharger once fully charged. A customer would never leave a car parked by the pump at a gas station and the same thinking applies with Superchargers.”

You're right, this is becoming an issue. Supercharger spots are meant for charging, not parking. Will take action.

A Supercharger station can fully charge Tesla Model S in around 75 minutes. If the owner leaves his vehicle for an hour after it finishes charging, the owner will have to pay a $24 fee. If an owner decides to grab a bite, go for a bit of shopping and returns after, let’s say 5 hours, the fee will be $120. This should make the owners become more aware of the other Tesla car holders who want to charge their vehicles. 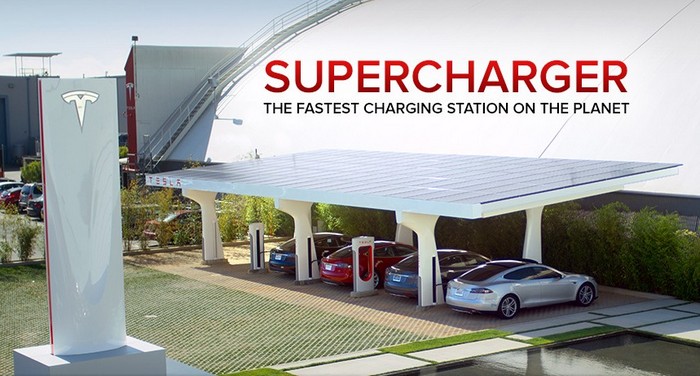 The Tesla app, used by every Tesla car owner, is updated making the app able to notify an owner as soon as the car is charged. The company thought about people who aren’t in the vicinity of a charging station; there is a 5 minute grace period, but if you take more than five minutes to arrive, you’ll have to pay the fee.

The fees will accumulate and will bill as soon as you visit a Tesla Service Center. The Verge reports that all owners will have to create an account on Tesla’s website in order to initiate the payment.

The company explained why the fee is introduced. “To be clear, this change is purely about increasing customer happiness and we hope to never make any money from it,” Tesla said.

Tesla already tried to make owners to pick up their cars as soon as they finish charging by a text-based notification system which informed the owners their car is charged, but it seems the strategy failed.