Friendless Senator Ted Cruz and burnt sienna businessman Donald Trump are two leading GOP presidential candidates, but it looks like the fight has turned from professional to personal. The two candidates had got into a microblog insult fight last night, and the whole tussle was all about the women they are married to.

Two days ago, it all began when a sexy picture of Trump’s wife Melania was used as a part of an anti-Donald Trump political campaign. Trump got pissed off and threatened that he would “spill the beans” about Heidi Cruz, Ted Cruz’s wife. Well, the inevitable happened and Cruz and Trump got into a late-night Twitter fight. Check out their Tweets below. 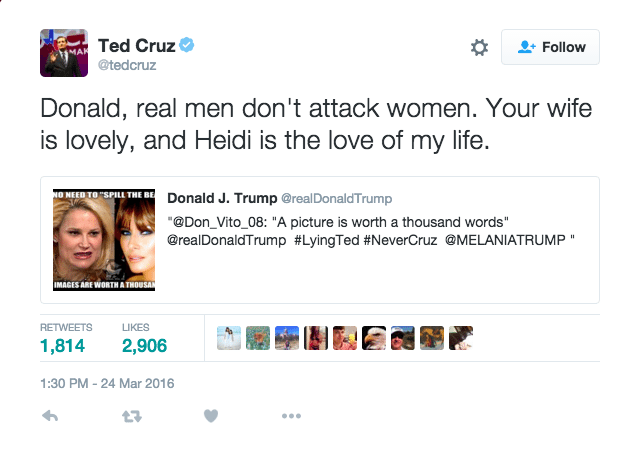 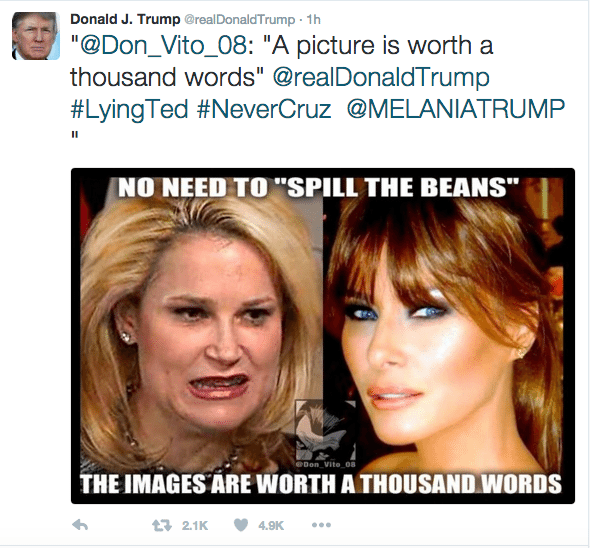 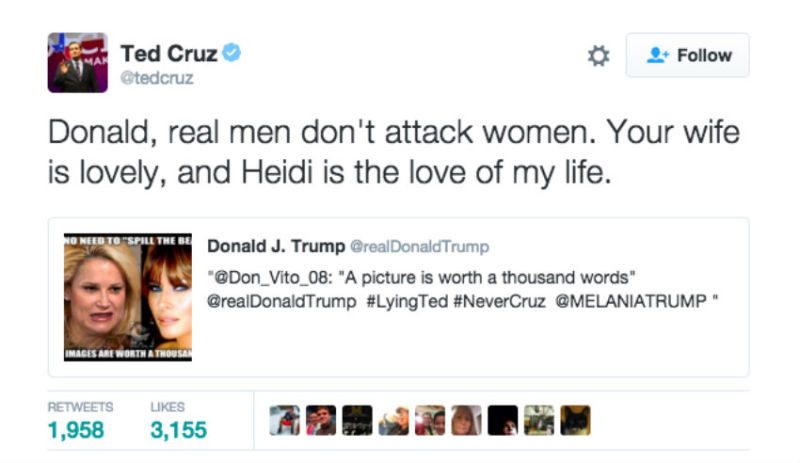 As you can see, this is insane. And by the interminable election standards, it is horrible. It’s hilarious and kind of amusing to watch the campaign team of Donald Trump stay up all night just to retweet rude memes. But then again, it’s not the most stupidest things we’ve seen him tweet in the last four weeks. As they say, negative publicity is also a good publicity, and looks like Mr. Trump has taken that saying way too seriously on a personal level with other senators.