MobiPicker
News Domino’s Pizza Will be Delivered by Drones, Really?
Share on Facebook
Tweet on Twitter
Deal Alert: 49% Off on ExpressVPN
Touted as #1 VPN in the world, ExpressVPN is now offering 49% off & an additional 3-months of service on its annual plans.

The one thing creating buzz for sure in the New Zealand is the world’s first pizza-delivering drone which will be used by the Domino’s Pizza to deliver hot meals to the customers.

The company said that this three-foot-tall drone has a very ‘cheeky personality’ and will be used for delivering ‘piping hot meals’. The appearance and design of the drone have left us awestruck and needless to say, that this 3-foot carrier is the current talk of the town.

This ‘autonomous delivery vehicle’ was developed in Australia. It has mixed characteristics of various famous robots like Wall-E, R2-D2 and has kind of a baby carriage. This drone is known as DRU (Domino’s Robotic Unit) and can carry up to 10 pizzas in a heated compartment at a time. These compartments can be opened by the customers with the unique code provided to them. 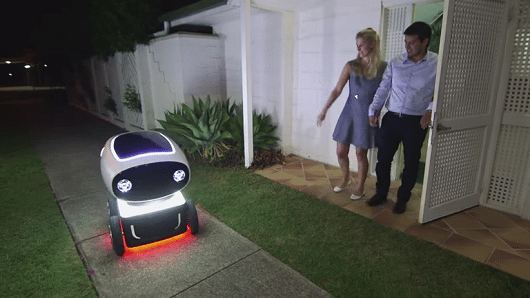 The DRU can travel on roads and sidewalks and it is equipped with sensors which help it in detecting different obstacles like lampposts, vehicles, people, etc. The drone will debut first in New Zealand’s capital Wellington, but the exact time-frame is still unknown. The company tweeted:

“An exact time frame is unknown. It will vary while we work on policy and legislation regarding deployment.”

The social media is abuzz with comments from different users over this upcoming bot. As expected many users have even raised their concerns:

Another fan wrote, “Won’t work. It needs to be airborne so hungry Maoris like me won’t eat the contents.”

Well, to be frank there many concerns regarding the success of this drone as one Twitter user very aptly tweeted, “Yep, those babies will be held hostage by partying students everywhere.”

Undoubtedly, this drone will have to face many challenges and if Domino’s is serious about it and it’s not some advertisement gimmick, then they need to take their steps very carefully over this pizza-delivery bot.