Disney Crossy Road is a popular mobile game inspired from the retro 70s Arcade game Frogger. It’s an isometric Frogger clone that uses microtransaction and ads. It is also frequently updated with more characters, these include secret ones as well. We’ll tell you how to unlock all the secret characters in the game so far in our Disney Crossy Road Guide.

Play as Palaeontologist character. Pick up all dinosaur bones from the ground and die. The dinosaur bones include head, tail, rib cage, and few leg bones.

Play as the Polar Bear. Complete all five missions to clean up the arctic.

Play as New Year’s Doll. Chase down and catch the Chinese Monster that appears. When you grab it, it’s yours.

Play as Grablin to unlock this character. As you tap to cross the road, you’ll also be attacking Crossy Road characters in a little clicker RPG at the top of the screen. If you manage to defeat a character higher than level 35, you’ll unlock the Purple Bloop at the end of your run.

Play as one of the characters in the Christmas 2015 update – specifically, the Snowman, Elf, Pudding, Reindeer, Tio De Nadal, Birthday Kid, or Grablin. As you play, you’ll eventually come across a yeti throwing snowballs. Move into the path of the snowballs and allow yourself to be hit by one. This will kill you and end your run, but also unlock the Yeti.

Play as one of the MV characters – Ida, A Crow, or The Storyteller – so buy or receive one of them first. Then, keep your eye on the water. Like Hipster Whale and Nessie, Totem will randomly be found swimming along the water in the place of a log. All you have to do is hop on its head, and then die, to unlock this new character.

Play as Pac-Man. Then, get a score of 2500 in the Pac-Man game mode over the course of multiple runs to unlock Inky.

Play as the Pac-Chicken. Now, your job is to get run over by Pac-Man, who randomly appears and speeds across the level.

Play as Pac-Chicken for Pinky, too. For her, you need to find and gobble a pair of pixel art cherries that appear randomly on the world map.

Play as Pac-Man. Grab a power pellet, and eat ghosts. Lots of ghosts. Seems like you have to eat seven ghosts from one power pellet. You’ll then get Clyde when you next die.

Play as one of the Korean characters – Seoul Chicken, Jindo, Kimchi, Seonbi, Taekwondo Master, Korean BBQ, Korean Drummer, PSY, or K-Drama Actor. Your goal is to get a score of over 40, while maintaining a really fast input speed. That means you need to avoid waiting around, move left and right if you can’t go forward, and generally hammer the screen whenever you see a clear path. You’ll see how this all works when you unlock the pro gamer, who actually shows you your APM (actions per minute) on screen.

Play as Rocky (formerly Archie), and then start playing as him. As you hop along you’ll notice burgers along the side of the road. Land on one, to eat it. You need to eat 50 (across as many different attempts as you want).

You can be any character. You just need to hop along until you see a big green truck carrying a rocket on its back. Hit into the rocket and it will explode into a stunning voxel-art eruption.

Use one of the British characters (that’s butterfly, badger, fox, squirrel, Queen’s guard, bobby, piper, chimney sweep, fancy lady, fancy gent, schoolgirl, or fish ‘n chips). Then, hop your way to the 100 point mark and you should reach a clearing with a phone box in it. Keep going until you die.

This Scottish monster is basically like the Hipster Whale, in that she will be found swimming along a river and can be used as a platform to cross the stream. The only catch is – you need to be playing as a UK or Irish character.

Play as a UK character and look out for a rugby ball in a tree. Look for a small white square while you play. Once you have gone past it, you’ll get the sportsman upon your next death.

To make the rugby ball appear in your run you need to play as the squirrel, and collect four or five acorns in one run.

Find a four leafed clover. Playing as a UK character and the game world will be littered with little three leaf clovers which you can pick up by hopping on them. Sometimes, however, they’ll have four leaves.

It is the Chinese god of wealth. To get this greedy fellow you need to pick up the little red envelopes that are strewn about the world, while playing as the Fortune Chicken. You have to get 20 of these things. But don’t worry – you don’t need to get them all in one go.

Swipe left and right many times during your run when you’re on sand, snow, or grass. Do it about 50 times, while also getting a score of over 40, and you’ll be rewarded with this crab when you next die.

This guy can be found sitting in a tree, as long as you’re playing as one of the Aussie animals. If you finally do seem him, get close enough to him so he jumps out of his tree and lands on you. This will kill you.

Andy is one of the three makers of Crossy Road, and you can unlock him as a playable character by getting a new high score – or very close to your high score – while playing as his favorite character. To get Andy, you need to play as the Mallard.

Use the Dark Lord and if your score is above or close to your best, when you die you should see a screen that says ‘Great Score’, before unlocking your new character.

Use the Lucky Cat and get a new highscore.

This guy will appear when you’re playing as any character. He’s found randomly swimming through lakes in the game, and you’ll need to land on his back like you would a log. This will unlock the mascot for the game’s developer, as a character in the game.

We need to get the Festive Chicken for this character. Start hopping along until you hear Christmas bells. Soon after, you’ll stumble upon a clearing with a Christmas tree, which showers you with gifts. Then, when you next get a game over, you’ll receive Gifty for your character list. 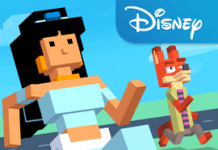 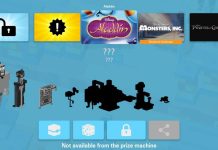