Dishonored 2 will be releasing on November 11th, 2016, Bethesda has announced. This news comes close to an information blowout of the game, which will take place over in the coming issue of Game Informer as it hits stands on May 7th. Game Informer, however, has already begun revealing interesting information about the game, including its voice cast. 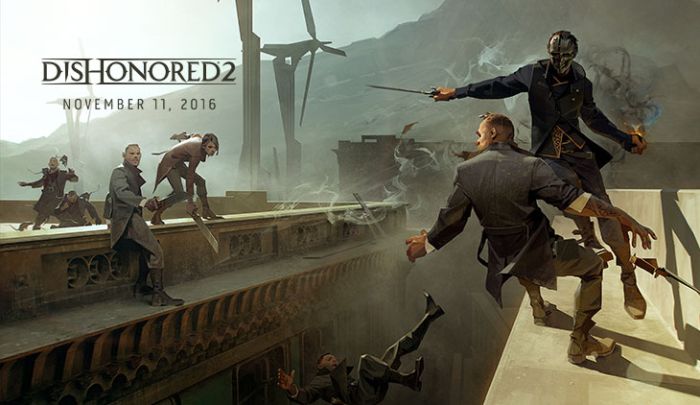 According to Game Informer‘s site, the full voice cast for the game includes Vincent D’Onofrio of Daredevil fame, who plays Luca Abele, the Duke of Serkonos; Rosario Dawson from Daredevil and Sin City, who plays Meagan Foster, Captain of the Dreadful Wale; Sam Rockwell of Moon and Choke will play Mortimer Ramsey of the Dunwall City Watch, while Game of Thrones’ Pedro Pascal (aka Oberyn Martell) will play Liam Byrne, Vice Overseer. Robin Lord Taylor of Gotham and Accepted will play The Outsider, while the game’s lead protagonist, Emily Kaldwin will be voiced by Erica Luttrell, who played Darla in Fallout 4. Corvo Attano, who now as a voice, will be voiced by Stephen Russell, who previously voiced Garrett in the Thief reboot, as well as Nick Valentine and Codsworth in Fallout 4.