Deus Ex Mankind Divided is out and except relatively poor PC optimization the game also includes some exploits allowing players skipping some augmentations. These include using bodies to move a heavy object, riding on top of falling object in order to avoid damage from fall, and using an object to serve as portable cover. 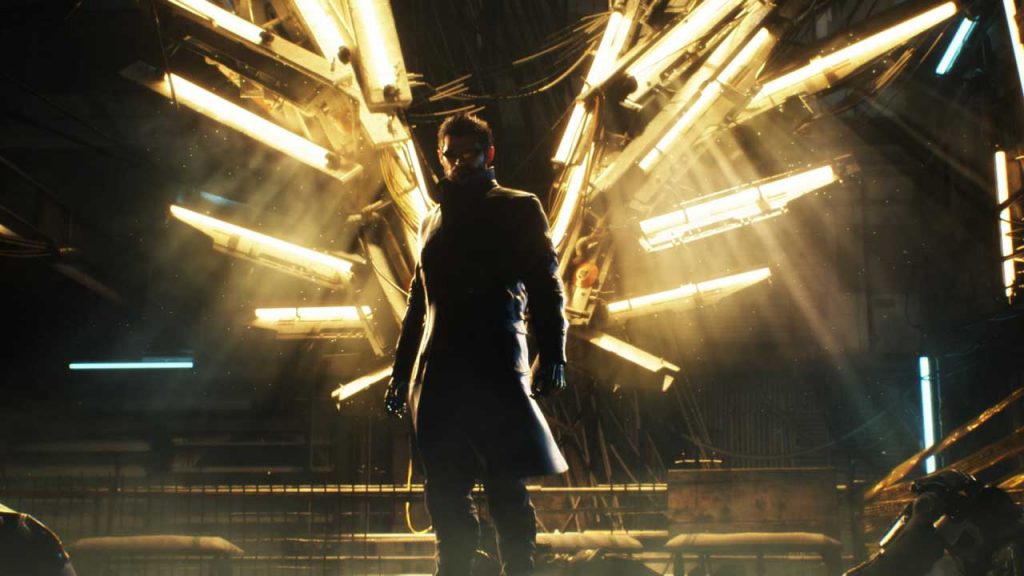 Optimized Musculature augment gives you the power of moving heavy objects, like printers and refrigerators. Just drag a body of dead/knocked down enemy toward an object and because of clipping bug, the body will move the object even if you haven’t acquired Optimized Musculature. This is especially helpful during early game, allowing you to gain access to hidden stashes (usually placed behind large objects).

Icarus Landing allows you to soften up your descend, removing any damage from falling from high places. Instead of waiting to unlock Icarus Landing you can just push a movable object over the edge and then ride on top of it while it falls down. Just hop one the object while it falls down. Check out Grizbee’s thread on Deus Ex Reddit for details. Quite handy when you want to quickly get from the roof of the building to the ground below.

Making Your Own Portable Cover

If gunfights are too tough for you, bring a cover with you. The best choices include large, bulky movable objects, like refrigerators. If preferring stealth approach, bringing a large object along with you will give you a portable hiding spot. The best thing about this is that object can play a role of a portable shield while carrying it. And you can also kill enemies by throwing the object at them. Super handy.

Of course, all three exploits are probably of a temporary kind, since Square Enix will probably fix them in one of the upcoming patches.