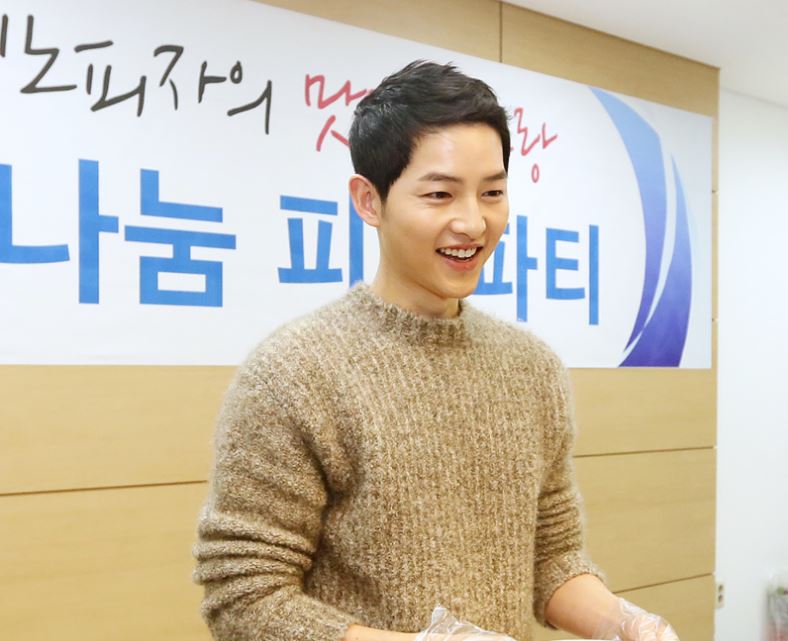 According to reports, Song Joong Ki hosted a special event at Seoul National University’s Children’s Hospital as part of a volunteer project with Domino’s Pizza. The event brought smiles on the faces of children, their families and the hard-working staff at the hospital. The event didn’t end with just the pizza party. Song Joong ki brought more smiles to the people gathered at the event when he donated a whopping 100 million won – about $86000 – to the hospital’s Hope Sharing Fund.

Song Joong Ki is known for donating regularly to many charities. He regularly donates to Korea Childhood Leukemia Foundation. The Descendants of the Sun star has also donated all of his earnings from “Hurry Up, Brother”. His adorable and thoughtful gestures make him all the more popular!