“Descendants Of The Sun” actor and rumored boyfriend of Song Hye Kyo, recently appeared for a photo shoot for the W magazine. Along with the photo shoot, the actor opened up about his life, upcoming projects and more in an interview with the magazine. 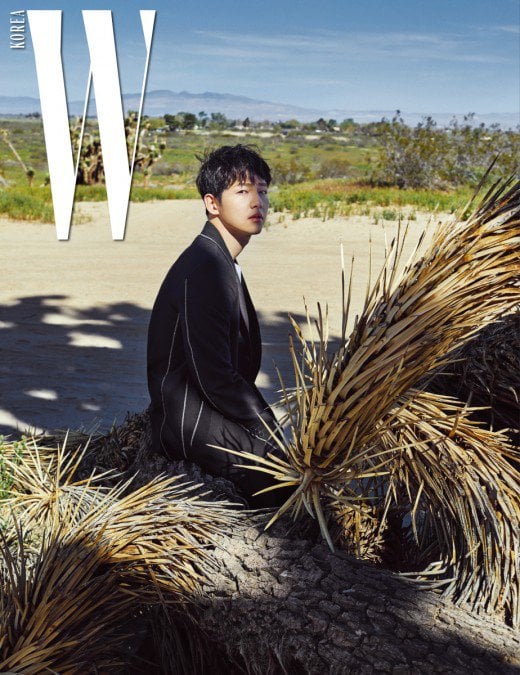 The cover photo of the W magazine, sees Song Joong Ki, sitting calmly in the summer heat of a deserted area, somewhere close to the city that never sleeps, i.e. Los Angeles. The background of the photo is a deserted area further making the photoshoot look more exotic and distinguished. Speaking about the future projects of Song Joong Ki, the actor is relatively low-key at present when it comes to same. His latest appearance was “Descendants of the Sun” which was highly appreciated all over the world. 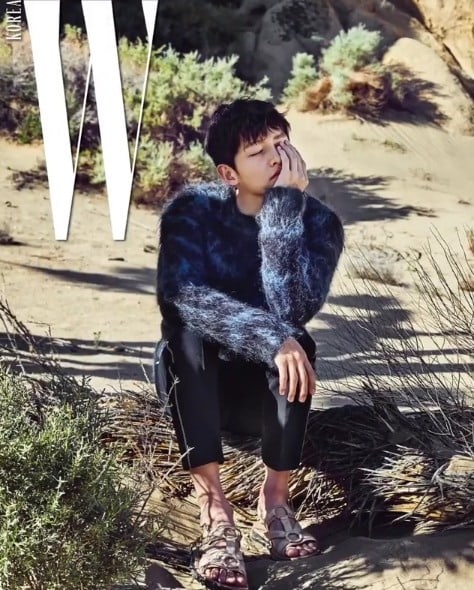 In the interview, the actor clarified his gap from the big screen by saying that:

“I feel like I’m spending my free time more plentifully than I ever have. I’ve always spent my life as if I was pressed for time ever since I debuted, [with the mindset of] taking on another production as soon as I finished one” and further went on saying: “That’s why this year I’ve briefly stepped away from work and want to try and spend some time just as Song Joong Ki in his thirties.”

More, his upcoming movie, “Battleship Island” which is directed by Ryoo Seung-wan is all set to release in July. The movie is about 400 Korean laborers who are trying to escape a Battleship island. The movie showcases the condition during the Japanese colonial era. The movie has a budget of around whooping 21 Million USD. Can’t wait for the Song Joong Ki’s upcoming movie, till then stay tuned with us for more updates. Keep up!