Descendants of the sun in its first season has enjoyed fame and have kept the audience gripped to its storyline. The success of the first season encouraged enthusiasm in fans and as a norm, the second season is expected. But there is a bad news if there will be a second season, rumors say that the lead star cast would not be signing the papers as in won’t be joining.

It is no news, that the success of the series is due to the chemistry of its lead couple Song Hye Kyo and Song Joong Ki. Their on-screen couple had fired up the intensity of romance and had made fans wait desperately for their return. Also, many fans were claiming that the couple is seeing each other off screen as well. Since these are only rumors, when the on-screen couple was asked about this, then they laughed off and said that it enjoyable to listen to such things, and on a serious note, they do enjoy each other company but are not in a relationship in real life. 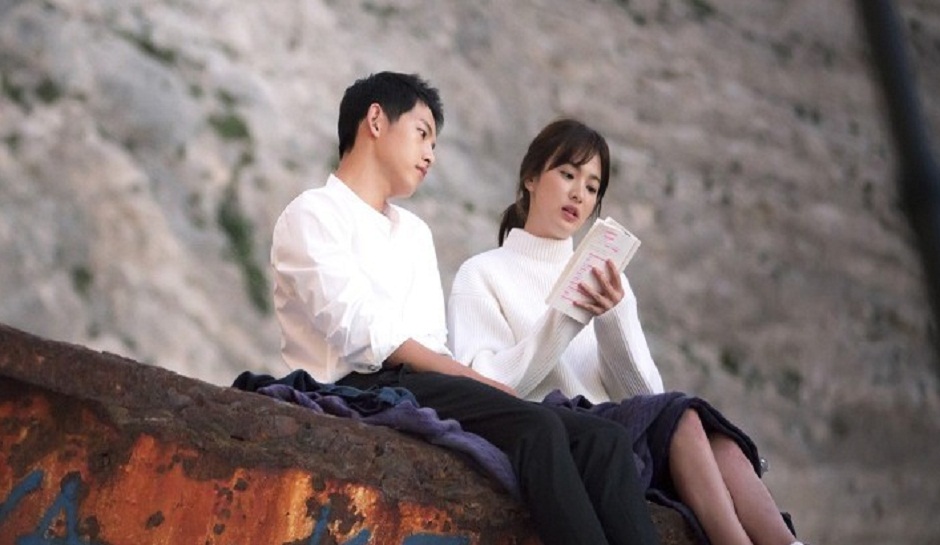 Another news or gossip that has ignited curiosity to another level, is that Song Joong Ki Gay? According to an online magazine, Movie News Guide, his work in the year 2011 in Sungkyunkwan Scandal, his manhood was questioned and rumors were making rounds then as well. Apart from this, his increasing friendship with Lee Kwang Soo is also under scanner and is supposed to be more than just friendship.

Is Descendants of the Sun 2 cancelled?

Not because that Song Joong Ki is gay, but because both Joong Ki and Hye Kyo won’t be able to join because of their busy schedules and other work commitments. Joong Ki si filming for his upcoming movie Battle Island and is entirely packed the next year, so this makes it impossible for him to shoot the show. The show is either delayed or canceled but still nothing is confirmed yet.