The 2016 KBS Drama Awards, held on December 31st, 2016, just concluded in Seoul. The glittery night saw many celebrities grace the occasion. Every year Korean Broadcasting System (KBS) recognizes outstanding achievements in Korean dramas aired on its network. KBS Drama Awards recognizes talent in the form of a number of awards – Top Excellence in Acting Award, Best Supporting Actor, Best Writer, Special Award, Achievement Award to name a few. But the highest honor of the ceremony is the Grand Prize, awarded to the best actor or actress of the year. 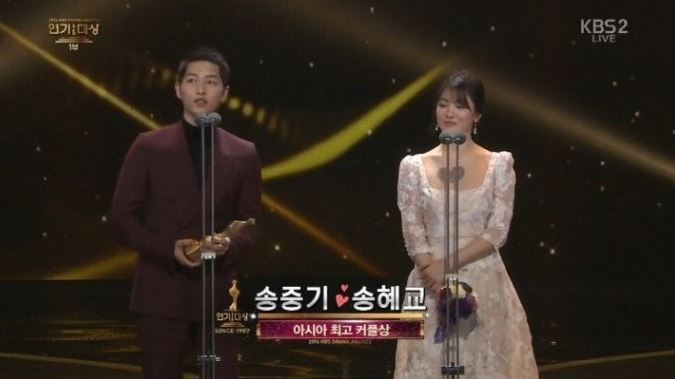 The Descendants of the Sun stars Song Joong-ki and Song Hye Kyo won the Grand Prize at the 2016 KBS Drama Awards. The duo also won the Best Couple Award. Song Joong-ki acknowledged the help of Jin Goo and also thanked his parents and fans. In his acceptance speech, the Descendants of the Sun star said – “Usually, the woman should cry, but we’re reversed. I want to give her all this honor to my lovely partner, Song Hye Kyo.”

Song Hye Kyo, in her acceptance speech, said that she missed the staff of Descendants of the Sun and admitted that when she got the offer, she wasn’t sure if she wanted to actually perform the role. Looks like she took the right decision. In her acceptance speech, she also acknowledged the Alpha team, Jin Goo, her mother and her fans. Song Hye Kyo thanked Song Joong-ki and said – “But, the only reason why I am able to get this award is because of Song Joong Ki. I wouldn’t be here without him.” 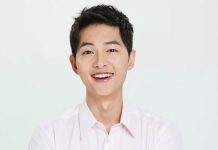 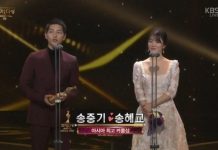