MobiPicker
News Dell Working On Its Own Surface Studio PC With A Dial –...
Share on Facebook
Tweet on Twitter
Deal Alert: 49% Off on ExpressVPN
Touted as #1 VPN in the world, ExpressVPN is now offering 49% off & an additional 3-months of service on its annual plans.

Last month, Microsoft introduced a new computing device aimed at creative professionals, called Surface Studio PC. It also introduced a helpful accessory called a Dial. It seems Microsoft is not the only one focusing in such products. A new video shows a very similar creative PC from Dell, which comes with a dial too [Check it out below]. 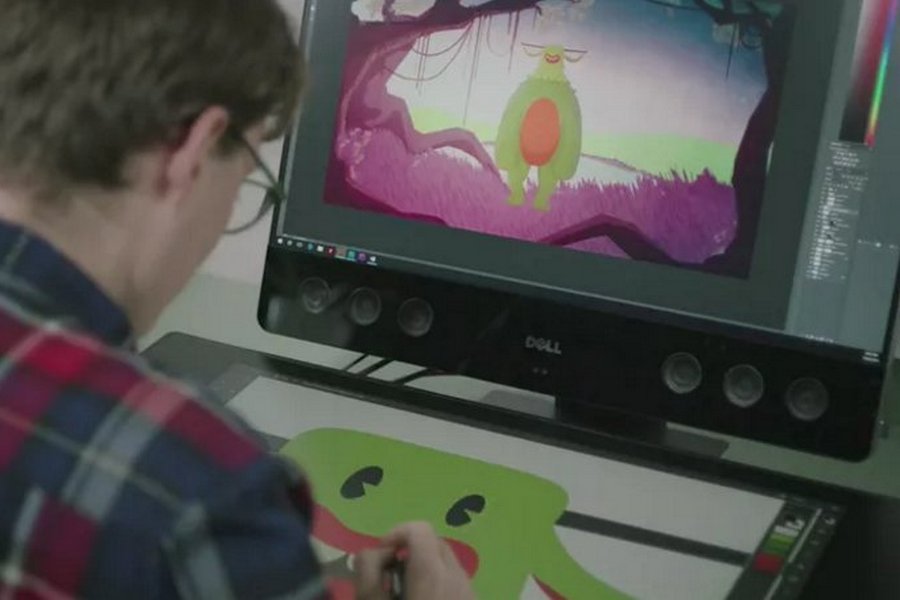 The Microsoft Surface Studio PC was launched last week. The creative device made quite an impression thanks to its focus on designing/creative tasks. The new PC can transform from a thin desktop into a sleek tablet. It came with a Surface Dial, which is an intelligent accessory for the Surface Studio and allows you to make precise/intuitive decisions.

Apparently, Dell has also been working its version of the Surface Studio for while, The company is developing a desktop/tablet hybrid with a smart dial interface. The new device was teased in a video, ahead of a keynote speech at Adobe’s Max conference. The video shows similar applications to the Surface Studio such as illustration, multi-hand media manipulation, and photo/video editing.

“Our thoughts naturally transfer to paper, but there’s a gap between what comes naturally and how we create digitally. Dell has changed that,” states the video.

While the upcoming Dell device seems quite similar to the Microsoft Surface Studio PC, it is not exactly identical. While Microsoft PC is a desktop that transforms into a tablet, the Dell PC has separate desktop and tablet parts. It seems to sport stylus support and a large touchscreen instead of a mouse and keyboard. The video only shows dual-screen setups, which means the touchscreen might be more of an accessory than a standalone desktop.

The upcoming Dell creative PC is expected to come with several new features including Windows 10 Creators Update.Dell claims that it envisioned the device back in 2014, and will officially showcase it at CES 2017.

Envisioned in 2014, now catching the audience's eye at #adobeMAX: https://t.co/xaRg0NAYFT Join us at #CES2017 for the official announcement! pic.twitter.com/vpBHzSFhXS

While we are all excited about the creative possibilities of the new PCs, the affordability remains a large factor. Most aspiring artists who could really use such efficient system might find it out of their reach. The Microsoft Surface Studio PC is priced at whopping $2,999. We’ll have to wait for Dell to reveal more details about its upcoming device.