You might think DayZ is about zombies. However, in this survival simulation, the emphasis is not on the undead but on your fellow humans. That doesn’t mean zombies don’t pose a threat. The first time you spawn, you might be slapped around by a brain eater fresh out of the loading screen. DayZ not only avoids holding your hand but it chops it right off and throws it to the greedy undead. In this frightening desolated landscape your goal is simply to stay alive by scavenging for food and weapons, finding proper shelter and fending off anyone who endangers your survival. And now Xbox One and PS4 players can enjoy the atmospheric tension of this game soon.

DayZ Under Development For Xbox One and PS4

“The PC is our flagship platform for DayZ. That is where 99% of our development resources are focused. And while there was a lot of push from Sony and Microsoft to get up on their stages and say ‘yes, we’re coming’, our focus has been exclusively (I want to say exclusively because there’s about a 1% development resource trying to keep those platforms at a point at which, once we get to our beta and our bug fixing, we can start pushing forward on that) on the PC. We can’t really move DayZ over to these platforms, at least on a playable level for consumers, until the base engine, Enfusion, is complete. Or if not complete, feature-complete so to speak – the core tech is there.”

There’s no word yet for PlayStation 4 Pro or Slim release. However, we might expect a release for those consoles too. According to Eurogamer, Only 1% of the resources are being used at the moment for this purpose. Bohemia interactive further added this.

“Once we get to a point with the PC that we’re comfortable and we can start dedicating a little resources into catching up those [console] platforms then we’ll look at doing some announcements and talk about the Xbox Game Preview programme, which is what I would imagine is the first place we’ll get to since Sony doesn’t have something similar.”

Bohemia Interactive promised a DayZ version for consoles in the first quarter of 2016 but that never happened. However, we could expect one soon now.

The main focus of the @dayzdevteam is the PC version, while a first console prototype is expected in Q1 2016 – https://t.co/bKFhHa6mK1 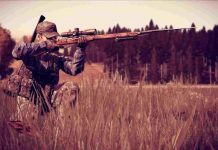