According to the latest news, DARPA is going to test its new heavy-duty military machinery in the month of April. The new machinery is a 132-foot-long and 140-ton heavy unmanned submarine drone. The actual name for this drone is ACTUV (Anti-Submarine Warfare Continuous Trail Unmanned Vessel), but the Department of Defense had originally announced it in 2010 as the “submarine hunter”.

The new ACTUV drone, as mentioned above, is unmanned and uses a new technology called USV to track down stealth submarines that try to skip the radar and go unnoticed. DARPA’s report reads:

This would track adversaries’ ultra-quiet diesel-electric submarines over thousands of miles at a fraction of current costs.

Apart from tracking down enemies, the ship will also be assisting other U.S. Naval ships in running logistics for several operations. Dr. Steve Walker, Deputy Director at DARPA, has said:

The new ACTUV submarine hunter will surely be a nightmare for all those adversaries who try to use stealth submarines to sneak into U.S. waters. The new creation by DARPA is said to be launching on 17th April in Oregon at the Vigor Shipyards in Oregon.

Meanwhile, for a more clearer idea of the new military tech toy, you can view the below-given DARPA concept video. 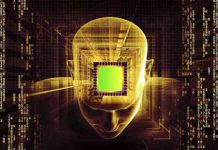