Dark Souls III is comping out in a month and a half, and it already got an endless runner mobile spin-off called “Slashy Souls”, which is now available for download. Except, should you? 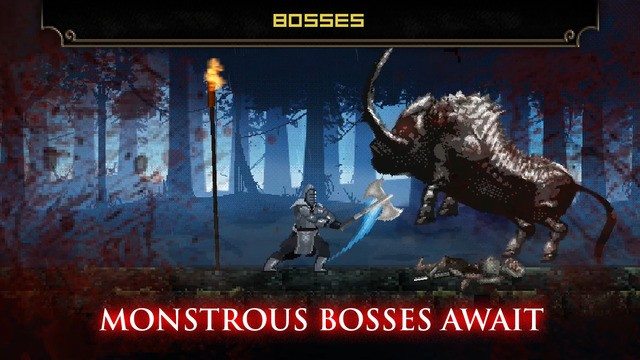 Slashy Souls, which has some involvement from retailer GameStop, is an endless runner inspired by Dark Souls in which you escape a dangerous fog chasing you, while fighting enemies and bosses from the Dark Souls universe. There’s not much to the concept, but that shouldn’t stop it from being a good game, right? Well, not quite.

Softpedia notes one a player of Slashy Souls as saying “Garbage. I am a huge fan of the Souls series but this game (if you even want to call it that) is a disgrace. This was just made to make you pre order dark souls 3 at GameStop. Controls are horrid. This ‘game’ doesn’t deserve to share anything with dark souls. I wouldn’t even bother downloading. I would give it zero stars if I could.”

The game has a mediocre 2.5 rating on Google Play Store, and has been described as “sloppily done” and its combat as “mindless and boring”. Furthermore, the game is apparently only available in countries where GameStop sells games, giving it a very limited release. Mike Fahey over at Kotaku described his favourite moment as the part where the game crashed to a solid pink screen.

Slashy Souls is currently available on both iOS and Android via the App Store and Google Play Store respectively.

Are you still going to try Slashy Souls? Have you played it and want to share your experience? Do so in the comments below.