Come April 12th, Dark Souls fans are going to be busy getting their butts handed back to them by fiendish bosses. While we’ve seen quite a few bosses in the gameplay trailers thus far, we don’t actually know their names. The soundtrack CD has finally shed some light on the matter. SPOILERS BELOW. 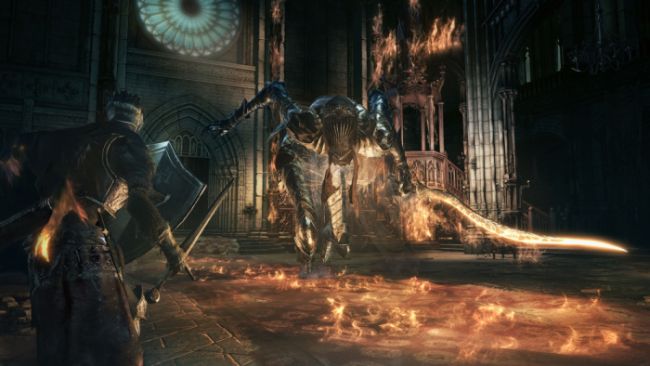 The Dark Souls games have traditionally been known to limit the bulk of their music to boss battles, with the occasional tune for an area like the Firelink Shrine, or Majula. When the boss music does kick in, though, it’s usually just as thunderous and utterly frightening as the boss in question. While we haven’t listened to the soundtrack just yet, Reddit user “bosssessdss” did, and the names are listed below.

We have definitely seen the Curse-Rotted Greatwood in the recent trailer (I think I can tell a cursed, giant tree when I see one), and the Dancer of the Frigid Valley has been demoed extensively since the game’s announcement. The other names don’t do much to allay fears, however. A Devourer of Gods? Old Demon King? Prepare to die.

Dark Souls III will be out on PC, PS4 and Xbox One on April 12th. You can get the soundtrack yourself by pre-ordering the game on PC or PS4. Xbox One users will instead get a backwards-compatible copy of the original Dark Souls.