Dark Souls 3 is an upcoming action RPG title being developed by From Software for PC, PS4 and Xbox One. The game is the fourth major installment in the critically acclaimed Souls series, the previous one being Dark Souls 2 which was released in 2014. If you are planning to get Dark Souls 3 for any of the three respected platforms, then you will be glad to know that some details about the Season Pass of the game have been revealed.

The Season Pass of Dark Souls 3 was listed on the Australian Xbox Live Store, which has revealed some details about it. According to the listing, the Season Pass will feature two ‘epic’ DLC Packs, which will include new content including bosses, maps, enemies, weapons and armor sets which will truly enhance your gameplay experience and take your journey to the next level. 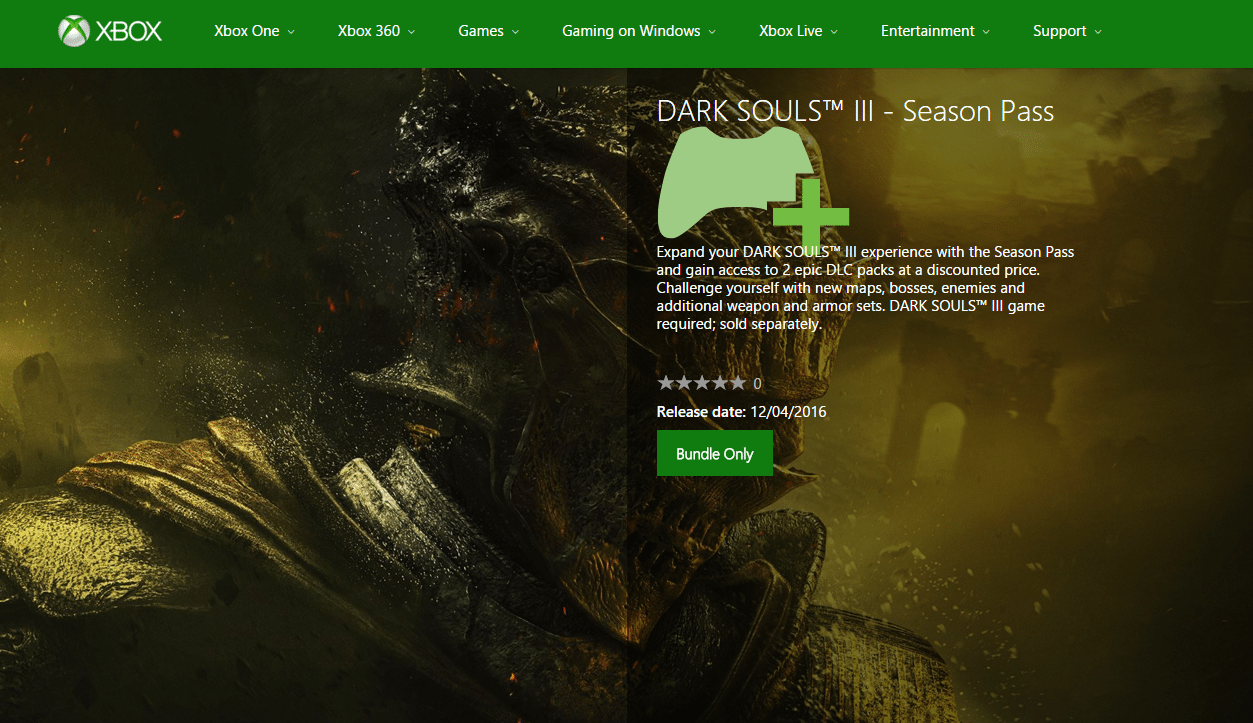 As the product page only reveals these details, additional details about these new bosses, maps, enemies, weapons and armor sets along with the price of this Season Pass will be revealed soon hopefully. Whatever the case is, we can pretty much expect it to be awesome as it is Dark Souls 3 we’re talking about. All we can do is wait, but the developers won’t disappoint us. The Season Pass will be included in the Deluxe Edition, which retails for around $140.

Dark Souls 3 will be released on March 24, 2016 in Japan for PC, PS4 and Xbox One, while the rest of the world will be able to get their hands on the game after a few days, on April 12, 2016. Microsoft has recently announced that the second installment in the Souls series, Dark Souls will be launched on Xbox One via backwards compatibility, while those who pre-order Dark Souls 3 on Xbox One will get Dark Souls for free.