One of the easier bosses in Dark Souls 3, if there even is anything really easy in this game. There are a couple of things to know regardless of your approach to him.

First of all, he also has two distinct combat phases. During the first phase he will try to slash attack you but once you reduce his health below 50% he will get a buff and will start charging you. Time after time he will start preparing his frost attack but it is easy enough to avoid and cancel it. Another thing to keep in mind is the frostbite status he can inflict so try to kill him as fast as you can. 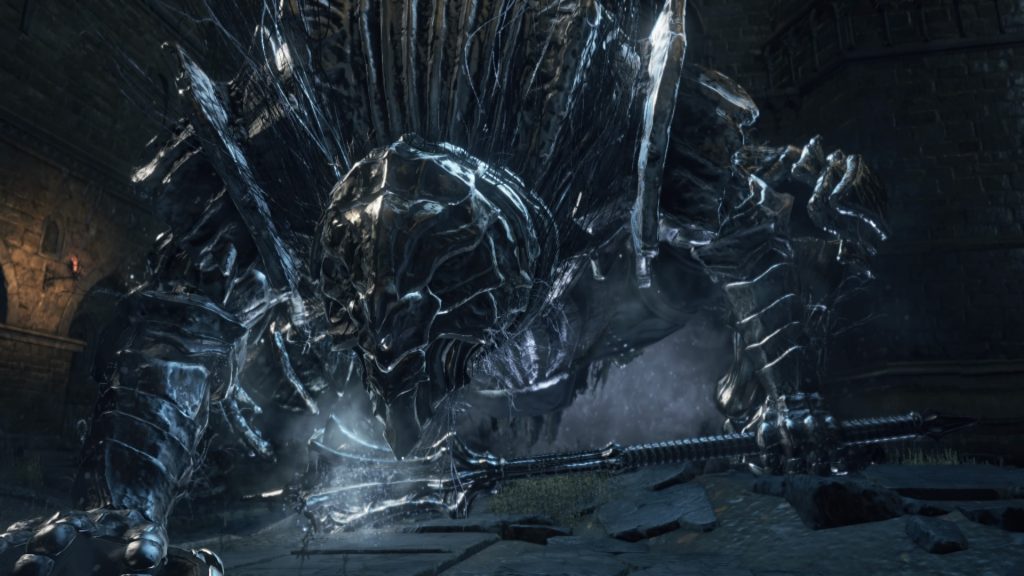 1. Under the belly of the beast

The easiest way to kill him is going melee. He has a weak spot under his belly and between the hind legs. Its the only place where he has no armor. So all you will have to do get close to him with your shield up or roll under his attack, get underneath him and keep attacking him while staying there.

Keep a close eye to his health and your stamina. You want to have enough stamina for a block (if you have a good shield) or a dodge, as he is going to charge once his life gets about half.

During phase two he will perform 3-4 charges and then begin preparing his ice breath attack. That is your cue to attack. Get under him once again and keep hitting him. Your attacks should interrupt his ice breath, but soon again he will be ready to charge. Avoid that and repeat.

2. A few tips for magic users

Excluding the weak spot underneath him, this is a boss a little hard to defeat with a weapon user. Mages on the other hand have it easier. As you may have imagined this boss is immune to Frost attacks.

So it stands to reason that he is weak to Fire, but if you have the option go for Dark attacks and shoot him from a distance. Keep an eye out for his charges and you will be OK. His ice breath attack has a big arc but short range.

And those are the best/easiest ways to slay this beast.