The Crystal Sage is a boss you will encounter right before Cathedral of the Deep and is a little different than the bosses you have faced so far. Not only will he teleport after a few attacks each time, but he also summons illusions which look like him and have ranged attacks like his.

Also, note that no matter how you decide to face him, there are two attacks you need to look out for. The soul rain which can hit you even behind cover and the crystals which will appear at random locations each time he teleports away from you. 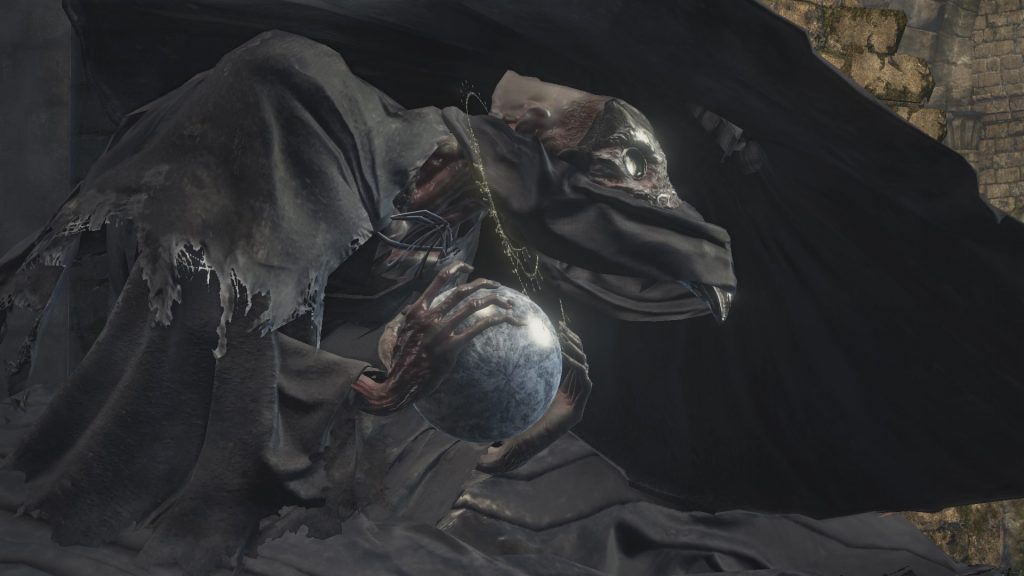 1. Fast and up close

If you want to meet him head on, then the strategy here is simple. Go in fast and do as much damage as possible. Since it has a weakness for lightning damage, the use of anything adding it to your weapon is wise for a faster and easier battle.

As soon as you see the orb in his hands starting to glow know that it is going to teleport. At that time go to the center of the arena and look for his next location. Avoid any crystals if needed.

You will be able to figure out which one is the real one since the illusions have a different spell color. Yes, they die in one hit and you could go for any illusion that gets in your way, but the spells the Sage has in his arsenal make it a risky approach. Focus on melting his life down instead.

Should you prefer to face him on more equal, and magical terms then the lightning damage is your best friend here. Poison Mist is also a great addition since it can last the entire battle and deal some extra damage.

Lastly, since you will generally be going to be standing in the middle of the arena for a clear shot no matter where the Sage appears, you will be dodging and running a lot. In this case spells like Fire Surge which allows you to cast them while running or even dodging, are going to be a life saver if you need to take out an illusion or two.

As a final word of advice, when you are reaching for your Estus Flask to heal, keep your eye on the Sage. His attacks will either be homing, able to hit you behind cover or simply go through it. It helps to know which attack, when and from where it’s coming.