Cut the Rope is one of the most popular gaming franchise across multiple platforms and today its Cut the Rope 2 variant has received an update for Windows 10 devices with new season content. 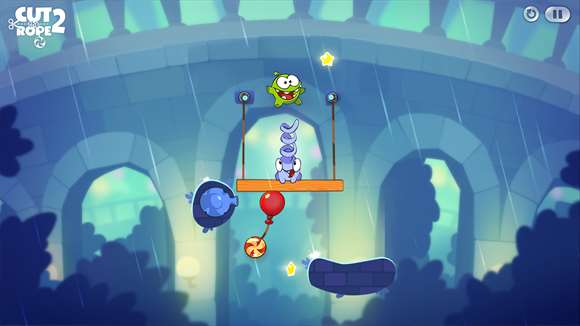 The new Season 4’s episode can be watched with the in-game video player or on YouTube channel CTR2. There are numerous new levels with Om Nom roaming around forests, cities and tunnels in search of candy.

Following is the changelog from app page on Windows Store:

ALL NEW CHARACTERS TO MEET! Find 6 new characters, the Nommies, to help you on your unexpected journey.

ALL NEW HATS TO BRAG ABOUT! Customize Om Nom, choose your favorite candy and select your finger traces.

ALL NEW MISSIONS! Collect the perfect number of stars and strategically gather fruit to complete the mission in each level.

For those who don’t know, Cut the Rope 2 is a sequel to Cut the Rope, a  physics-based puzzle game in which the objective is to feed candy to a little green creature named Om Nom while collecting stars. The game has been downloaded more than 600 million times across various platforms.

Follow the below given link to download or update the Cut the Rope 2 on your Windows 10 PC or Windows 10 Mobile.