We have been seeing a lot of activity recently in the budget smartphone segment. It is being witnessed that a lot of new brands, especially from China, are entering the global smartphone market with high-end smartphones priced very aggressively. We have been continuously reporting about Chinese brands like DOOGEE and OUKITEL, who are trying to create a fan base for themselves just like Xiaomi. And it seems like the Cubot brand is trying to do the same.

A special “Cubot Brand Sale” on Everbuying has caught our eye and we think it’s really worth talking about. We have previously talked about the high-end Cubot X15, and this new sale offers you the phone along at a very low price. There are other Cubot phones on sale as well.

The Cubot Brand Sale on Everbuying also includes the Cubot H1 and Cubot X9. The sale will go on from 28th October 9:00 UTC to 4th Nov 8:59 UTC. So if you’re looking for your next smartphone in a tight budget, let it be a Cubot phablet! 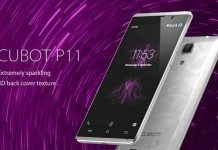