The Chinese brand, Cubot, which has a good presence in the low-end devices, has introduced a smartphone dubbed the Cubot P11. The USP of phone is simply its price, which is going to attract ton of customers. Priced at a mere $85, it features a couple of attributes similar to high-end smartphones. 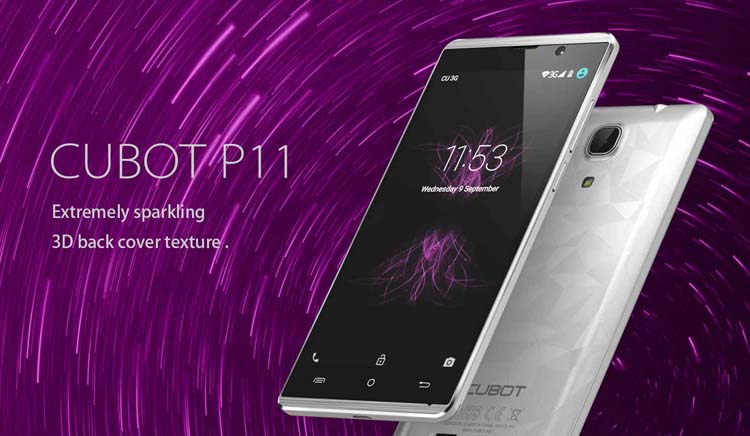 It houses 1GB of RAM and 8GB of native storage, which is further expandable up to 32GB via microSD card. The Cubot P11 runs on the latest Android 5.1 Lollipop operating system, and features a 5-inch display with 1280 x 720 pixels of resolution. A 1.3GHz quad-core processor handles the tasks assigned and is expected to do well, given to the previous performances from the company.

In the camera department, the Cubot P11 offers a 13 megapixel primary camera and a 5 megapixel front camera. We can expect that the second notable hardware on this low budget phone is none other than its camera set up. As far as connectivity is concerned, it provides connectivity through GPRS, 3G, Bluetooth, Wi-Fi, Wi-Fi Hot-Spot, microUSB v2.0, and GPS with A-GPS.

With Dual-SIM ability, the device is juiced up by a 2,200 mAh battery, and comes in Black, White, and Gold color options.

If you need to switch to a new smartphone and are short of cash, would you give the Cubot P11 a try? Let us know!