Crytek has closed five major studios. This comes following the accusations and reports of unpaid and late paid staff. Crytek will now be focusing on the CryEngine and other things.

Crytek is in deep trouble

We’re really really disappointed and sad that this has happened. We really loved Crytek and their engine and this is pretty depressing to see happening. You would think someone like Sony or Microsoft would buy them so they keep making games because they have a brilliant engine. Perhaps it is just a market correction. They had some big success, they expanded too much and too fast. the gravy train doesn’t just roll on forever. It might be better in the long run to downsize a little and focus on fewer projects and getting them done right. That’s just the industry. It’s our speculation.

Hopefully, Ubisoft and other major companies won’t fall in the same trap as Crytek. Ubisoft pushed out some crap games to many projects at once. And it ruins other games like Watch Dogs and The Division. Good games that failed because of small things that were pushed out too quick. Glad they are on a break from Assassins Creed.

Sony or Microsoft should buy them out so they keep making great games as we have seen in the past. Especially with Sony where they let devs struggle and crash like Liverpool studios etc. And Microsoft with lion head studios.

Unfortunately, this happens a lot in this industry so it’s not a surprise. Developers get laid off left and right. Usually, this happens when the game they work on launches, and the company cuts down on staff and the devs have to move to other studios. The game industry has no job security whatsoever unless you’re in substantial position like a producer or a higher up position. It’s unfortunate, but that is the nature of this industry and most people who get in know what they’re getting into anyway. Luckily for programmers, it’s generally easy to get employment after this happens due to the nature that programming isn’t only specific to games. For artists, however, it’s more of a struggle to get employment after being laid off. 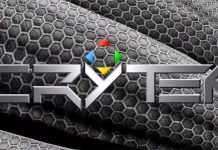