As you may have noticed, adding RGB LEDs on almost every piece of new hardware has become sort of the in-thing these days across brands. While many users have accepted this trend rather favorably, there are also some who absolutely despise it. Regardless of whichever side you belong to on this divide, you might want to brace yourself for a similar RGB LED setup in Corsair’s  forthcoming Vengeance DDR4 memory, scheduled to launch in January 2017 at CES. 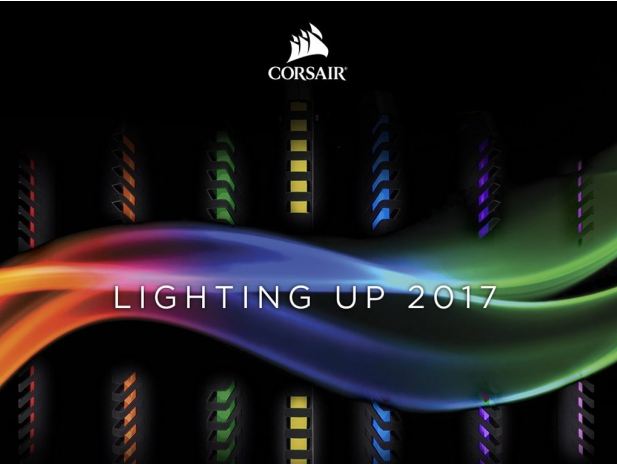 For the uninitiated, the trend of adding LEDs was originally confined to only modders that included them with controllers and strips. However, these days pretty much all hardware including coolers, SSDs, motherboards, memory kits, and even fans come with LEDs — especially the RGB type.

Corsair broker this new on its Twitter page on Tuesday, confirming that the Vengeance DDR4 RGB memory kit will debut in Las Vegas next month.

We're so excited about what we're bringing to #CES2017…we're positively glowing over it. #RGBFamily pic.twitter.com/exZqPKRHjC

Worth noting, Corsair already had a few products that include RGB LED — for example, the Crystal 460X RGB case, SP120/HD120 fans, as well as a number of peripherals such as headsets, keyboards, mice, and such. Although, said RGB fans were confined to a 3-button on-board controller. We are hopeful that the company will roll out new software, allowing users a greater level of control over the lighting.

As for memory, it’s been awhile since Corsair had its first Vengeance LED series coming with white, blue, or red LEDs. However, it seems the company has succumb to the trend, thus opting for RGB.