Today Indian media has received the invites for an event on Thursday being organized by Chinese smartphone manufacturer Coolpad where they will be unveiling their first smartphone in India under the brand of Dazen.

Currently the phone specifications and price is not known yet. However the launch invite shows app icons for dialler, contacts, message and camera. The phone will support dual-sim functionality. 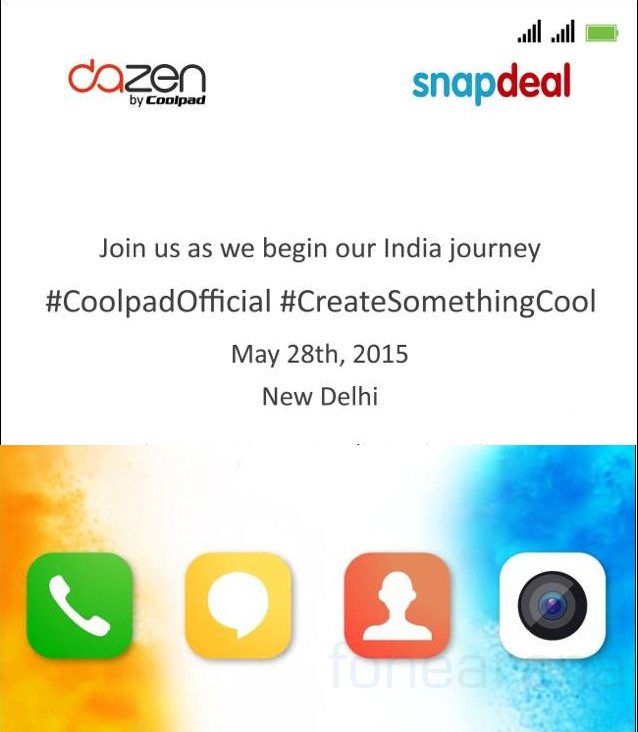 Like Xiaomi, Coolpad may follow e-tailing as the only channel for sales in India. For this they have proclaimed the exclusive affiliation with Snapdeal. As part of ‘Make in India’ campaign, company will be setting up a manufacturing unit in India alongwith the R&D centre which is confirmed to headed by Varun Sharma (CEO), former executive from Flipkart.

Coolpad has announced on May 11 that it will get its ‘patented frameless smartphone’ in India within few months. It is ought to bring a visual design which is never heard of earlier. Looking at the invite sent today and some posts on Facebook there is a hint that the smartphone is made of “Aircraft Grade material” and is specially designed for India. 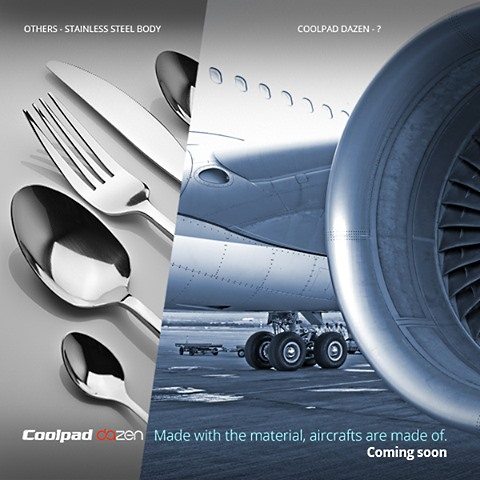 According to the sources, Coolpad may tag their devices between Rs. 5,000 and Rs. 20,000. To create a buzz on social media it is also running a quiz to guess what is better than IPS LCD display that will feature in Coolpad.

With more than dozens of manufacturers already existing in Indian market and almost half of them are from China, it will be interesting to see how Coolpad Dazen will perform in an already crowded market where it aims to be among the top three online selling brands in India by December 2015.