Colorful earlier this week presented a sneak peek into its first iGame series motherboards powered by the Intel Z270 Express chipset. The board was pictured by the folks over at MyDrivers during an event held in China.

The Colorful 200-series lineup comprises several motherboards, all powered by the Z270 and B250 chipsets. All the newly revealed boards are part of either the iGame or the Tomahawk series. The one pictured at the event is the Colorful iGame Gamer Customization whereas the other products that made it to the limelight include:

As you would guess, the Colorful iGame Gamer Customization is a top-of-the-shelf motherboard that comes equipped with an array of specs and features designed to woo enthusiast users. The product is available in two color variants: red and black, both flaunting an armor plating that covers the entire board. In addition, Colorful has also embedded another armor on the rear end so as to ensure that the heat is dissipated effectively.

The LGA 1151 socket on the board is compatible with both sixth and seventh generation Intel Core processors. This socket is powered by an eight-pin connector surrounded by a 14-phase IPP digital power supply that guarantees optimal assistance for overclocking.

Meanwhile, the VRMs are located underneath a couple of large heatsinks for better management of heat load. The board comes with a total of four DDR4 DIMM slots with a total capacity of up to 64 GB.

The Colorful iGame Z270 Gamer Customization is expected to hit store-shelves on Jan 5 2017, with a retail price of approximately $250. 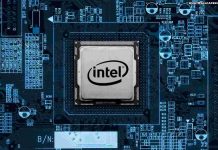 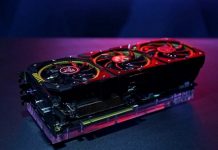