Clash Royale ups its game around Arena 3, where you’ll have to make sure you have the perfect deck to move out of the 800-1000 trophy range. iDigitalTimes has put together one such perfect deck to help make it through Arena 3 and into Arena 4. 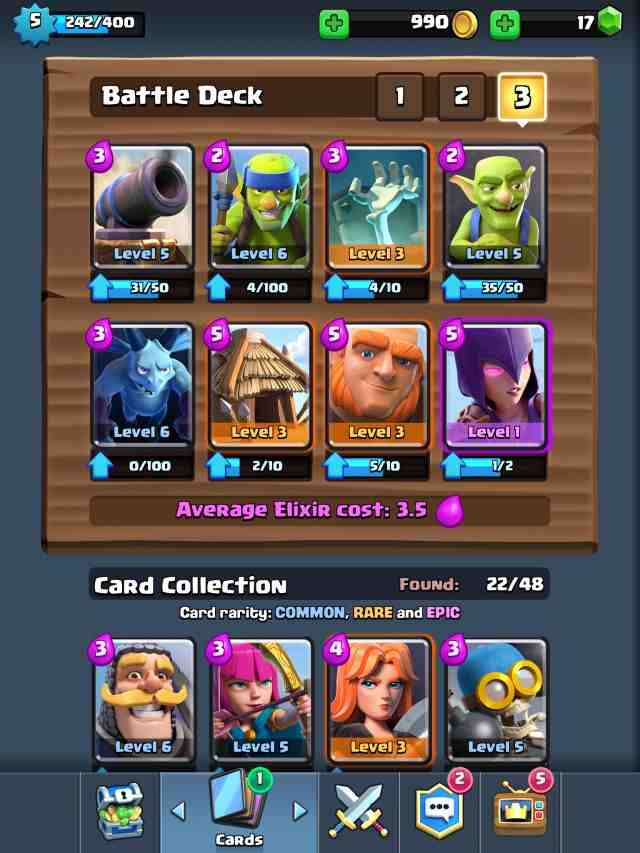 The key to using this deck is that the goblins should be strong, and should carry a whole bunch of upgrades. The early gameplay with this deck should focus on defence, based on the Goblin Hut, the Tombstone and the Cannon. If you get either the Goblin Hut or the Tombstone, drop that behind one of your side towers. If you get a Cannon instead, put it “a space or two ahead of your King tower”, i.e. in the kill zone.

Make sure you control your elixir usage. The deck really comes to fruition when the Giant and Witch end up together in your hand. With an established defence and those two cards in your hand, you can cause absolute devastation on your enemies. You can also drop a Spear Goblin or a regular Goblin behind them to make them particularly harrowing.

What’s your favourite deck for clearing Arena 3? Let us know in the comments below.