It’s been over a month since Clash Royale came out, and it seems the game is doing quite well for itself. According to industry-tracking firm NewZoo, Clash Royale has earned $80 million for developer Supercell. And that’s not counting the cut of the profits given to Apple and Google, which, taken together, would be about $110 million. That’s a lot of money made in a month. 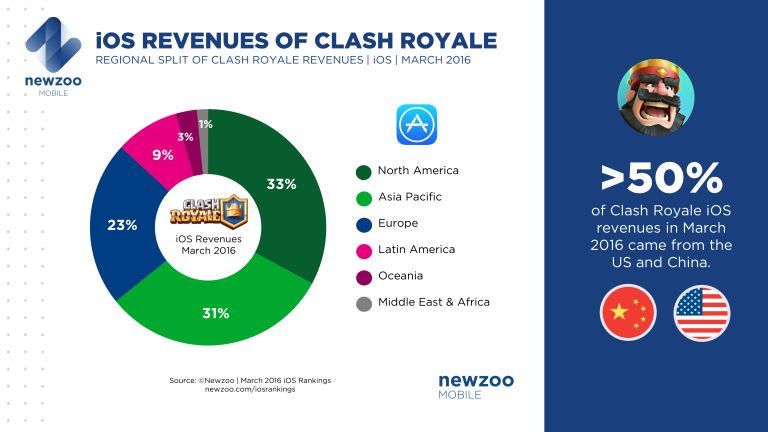 And those figures above are not even taking into account China, where Google Play does not work, and where the game is published by Chinese publisher Kunlun. In a nation of 365 million smartphone gamers, there are no doubt going to be significant earnings made. Even on the iOS side, more than half of the game’s revenue is coming from the USA and China.

According to experts, the game is now on track to make over $1 billion a year. Very few games have managed to hit that achievement. For comparison, smartphone games produce a total of $34.8 billion in spending every year. Clash Royale’s mere existence would bump up that figure by quite a bit.

You’d think that this would come at the cost of cannibalising sales from Supercell’s flagship product, Clash of Clans, but this is apparently not the case: the game saw only a “slight single-digit decline in March”.

Have you contributed to Clash Royale’s success? Let us know in the comments below.