The new Tornado card in Clash Royale can be difficult to use. It’s an epic spell card that costs 3 elixir and deals less damage than arrows but can push troops like The Log can. It’s a very dynamic card that has very unique applications.

How does the new Clash Royale Tornado card work?

The Tornado is easy to use, but difficult to master. It’s similar to The Log in the sense that it can manipulate unit pathing. The Tornado can stop the graveyard if placed correctly and the rest of the graveyard skeletons can be eliminated by deploying a walk or other troops that can sweep skeletons. It can be used to pull those skeleton from the graveyard spell towards your king tower to activate it. However, there’s a very small chance of that happening as experienced graveyard users will put the graveyard away from the king tower and if you try to pull with tornado, the skeletons will die before they reach the king tower.

Put your hog and place the tornado in the middle of the opponent’s side and it will pull the troops that are attacking your hog to the middle. The tornado will pull your mini Pekka to the middle and the Pekka will be pulled faster because he won’t be moving which gives the hog more time.

What will happen if you use freeze and then tornado? The pull strength increases but only because the troop would stop moving. We wouldn’t suggest it, though, as that is immediately 7 elixir down. Ice spirit works as a stun, so that’s 4 elixir for a stun + pull, though now it only stuns for 1.5 seconds, you can also use this to kill a minion horde. And you can also use an ice wizard and ice golem to increase the strength. Let us know how you will be using the new Clash Royale card. 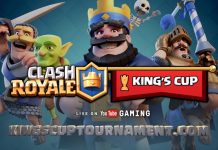 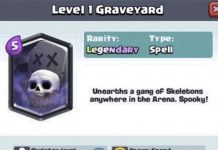 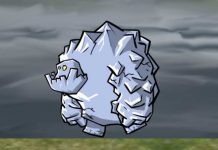