Here it comes once again. Another round of balancing changes. Clash Royale Giant is getting another nerf. His hit points have been decreased by further 5%. It appears the last nerf wasn’t enough. However, will it bring it down enough to make it normally easy to counter it? We hope so. The other highlight of the day is the Poison nerf which comes as a surprise. Here are the Clash Royale Balance Changes.

The two most overused cards right now are the Clash Royale Giant and Poison Spell. Poison Spell’s nerf isn’t in duration or radius. Instead the Poison Spell will no longer slow movement and attack speed of those units affected by it. This is potentially huge because it could render the card from OP to absolutely useless.

“Our previous Giant change didn’t pull enough power from him, especially from where it matters, so this additional tweak (in conjunction with the Poison change below) should put him in a better place overall. The change is relatively small because our aim is to reduce the strength of Giant + Poison, but not remove it as a viable combo.

Thematically Poison’s “thing” is damage over time, so we questioned whether it also needs to slow? Answer: no. This change will make Poison’s functionality clearer and reduce its ability to control an area for 10 seconds.”

Elixir cost increased to 6 (from 5), Elixir gain increased to 8 (from 7), Lifetime increased by 10sec. Elixir Collector remains one of the most popular cards in the game – offering a good return on a small-ish risk. Increasing the Elixir cost by 1 will make it a bigger risk to play and give more opportunity to counterplay against it.

The Log rolls faster and further. Damage is increased by 9% Log has yet to find its place or purpose within the Arena, but this change will at least make it more impactful and easier to play while it continues the search.

Let us know your thoughts about the Clash Royale Balance Changes. 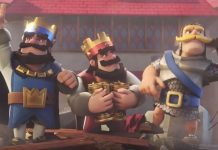 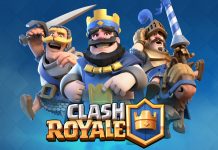 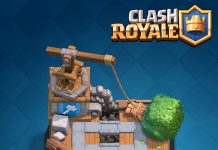