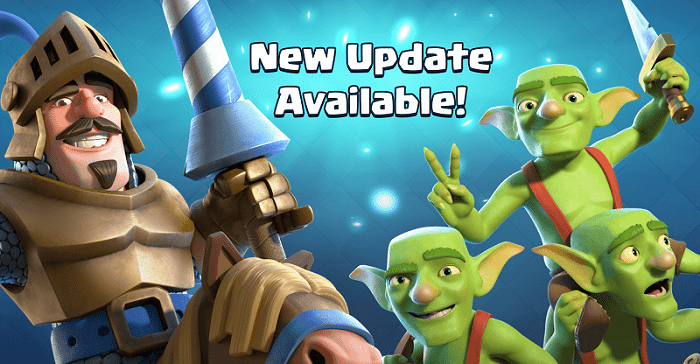 Then there are more rewards added to the game. Now you will get Gold for every win even if there’s no space in your chest slots. The Crown Chest now holds twice as much. You can now get a doubled chance to drop using the new Super Magical Chest. The Giant and Magical Chests bring increased chance to drop.

The requests and donations now increase when you reach higher Arenas. The maximum Gold limit has been now increased to 1 million. Also, Legendary Cards can now appear after you have reached the Legendary Arena.

Live Spectating and Other Cool Stuff

With live spectating, you can now watch Friendly Battles live and enjoy. You get to tune into TV Royale Channels to watch the best battles from any Arena you like.

In other stuff, you can now copy a Battle Deck from anyone else’s profile. If your cards are wobbling, you can move them in your Battle Deck. In most places, you will now be able to view Legendary Card Info when you tap on one. Then there are some new badges, and a 20 minute cooldown period has been added between kicking Clan members. Lastly, the Gold cost of the various Shop cards will now go increasing in linear fashion like 20, 40, 60.